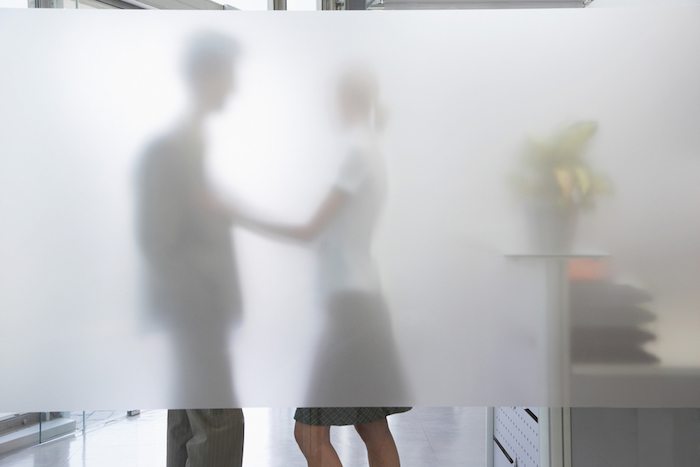 Share via
The terms of colleague-based canoodling all depends upon the business itself – office romances are welcomed in some firms and discouraged in others. But whatever your company’s policy is, whether you’re Cupid or not, 26.7 per cent of UK workers admit they have embarked on office romances, according to CV-Library. In fact, there could be quite the risk of rocking the boat by clamping down on office romances, as 44.6 per cent of employees are in agreement that dating colleagues is acceptable. Despite the obvious awkwardness that could be caused if things don’t go according to plan, 52.5 per cent actually believe that office romances are a good thing. Not everyone is as optimistic about office romances though – 78.5 per cent said that relationships at work can cause problems. And men are more in favour of thinking that’s the case than women. Additionally, with risks in mind, 24 per cent of people who have had office romances feel it has impacted their career. The key problems respondents predict are: (1) Bringing private issues to work – 35 per cent (2) Making colleagues uncomfortable – 25.9 per cent (3) Awkwardness from break-ups –22.2 per cent (4) Favouritsm – 14.2 per cent Lee Biggins, founder and MD of CV-Library, said: “Despite there often being taboos around office romances, our findings suggest that UK workers are more up for workplace relationships than originally anticipated. “In particular, it’s interesting to see that professionals in key cities and industries are more open to meeting a potential partner at work.” With that in mind, the cities and industries where office romances are most likely are:   Seemingly youngsters are more likely to fall for their peers, as one in five 18-24 year olds fancy someone they work with, company to just over one in ten workers overall holding a torch for a colleague. “It’s clear that while some employees do value relationships in the workplace, there can potentially be some problems if not dealt with appropriately,” added Biggins. “Remember: it’s always best to remain professional at work so if you are looking for love around the office, try to keep it out of hours!” Image: Shutterstock