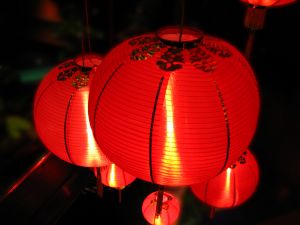 The Telstra Global survey also found that nearly three quarters of UK headquartered businesses had achieved their financial and strategic objectives in the region over the past three years and were optimistic about the future outlook for business in the region.

Tom Homer, Telstra Global’s Head of EMEA and the Americas, explains that ?multi-nationals from around the world are meeting and exceeding their strategic and financial objectives in Asia. As a company with a long track record of operating successfully throughout Asia, we launched the ‘Connecting Countries‘ research to ascertain the attributes and success factors for companies that are excelling in the region.? ?UK companies are performing particularly well in Asia, and joining the ranks of the very best performing businesses in Asia,? said Homer. ?Off the back of that success, UK companies in Asia are very keen to pursue expansion with almost three quarters saying that expanding into new countries in Asia is important to their success, compared with less than two thirds of all other companies.? ?Workers at British companies in Asia are also much more likely to say that they will be working overseas in five years? time, compared to 30 per cent of workers from other countries. Another distinguishing factor of British companies in Asia is the high value of importance placed on bringing senior leaders to local offices with 42 per cent of UK companies saying this is extremely important, compared to 32 per cent of all other companies.? The research identifies a superior category of top performing companies in Asia, termed Asia Business Champions, who have far exceeded their financial and strategic objectives in the last three years, and their expectation to succeed again in the coming three years.  ?On a global level, the ICT industry is a standout in Asia, with more than 70 per cent of these companies having been very successful in Asia in the past three years, compared to 61 per cent of companies across other sectors,? Homer continues. ?Over the next three years both financial services and insurance companies and those in the ICT sector are most bullish about exceeding their objectives in Asia, with 55 and 51 per cent respectively, compared to 42 per cent overall.? ?Besides the promising market conditions, successful companies in Asia have the necessary foundations ? strong leadership and communication across global headquarters and local offices, combined with a long term view and investment strategy.”  Image source By Shan? Schutte