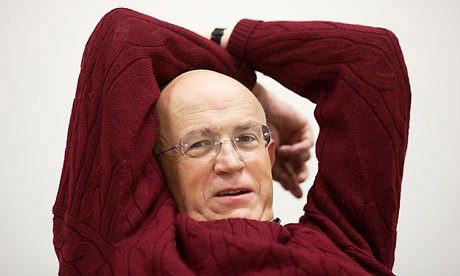 Highlighting that the UK spends ?5 for every ?4 of income and the US spends $1.40 for every $1 of income, he said: ?We live better today at the expense of those who follow us.?  Moulton also attacked Western politicians? handling of the debt crisis claiming that pain aversion is the main policy, rather than tackling the debt problem head on.  He urged the UK to ?take the pain now? and follow the example of the only European country to currently have a surplus: Estonia.  Estonia cut public spending by 20 per cent in 2009 which led to a jump in the unemployment rate from five per cent to 17 per cent in a year.  However, Moulton noted that employment was now rising by eight per cent a year and stated that by cutting fast and hard the Estonian government had ensured the country?s economic recovery.  The IMF has revised its growth outlook to 6.5 per cent per annum.  Luke Johnson, chairman of Risk Capital Partners, also spoke at the gathering and focused his speech on the importance of optimism among business leaders despite the fragile economic climate.  He stated that entrepreneurs needed to seek out the growth opportunities that exist and have the courage and determination to see them through. Johnson noted that setbacks are inevitable but that often this can galvanise a growing business and set it on the right path for success.  The event was hosted by Shalini Khemka, chief executive of the London Entrepreneurial Exchange, and Lord Bilimoria, board director of the London Entrepreneurial Exchange, and was sponsored by LDC, the private equity arm of Lloyds Banking Group.