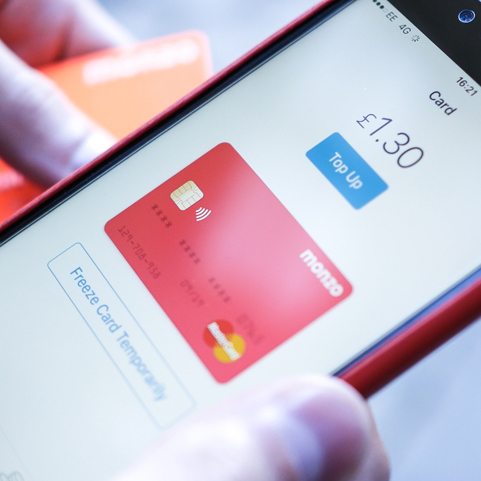 Share via
Are you a digital startup founder that’s sick of hearing about all the Brexit scaremongering? Well, we’ve got some good news for you if so… According to a report just released by online payments platform Stripe, UK online start-ups are in the high growth fast-lane. Whilst they are continuing to overtake their European neighbours in terms of global expansion, Brexit related regulations and a government overly committed to diplomatic issues surrounding it may lead startups to scale back on their global plans, (but we’ll come to that later). In terms of selling their goods and services beyond the UK, some 28% of online businesses are exporting from their first day of business. – This is at a significantly higher scale-up rate than other European countries such as France (11%), Germany (15%) and the Netherlands,  (7%). But British online startups are not only selling their services well across Europe, but they are also leading the way on the global stage, performing at a rate that’s more than double the global average of 13%. But why is British, still, apparently ‘the best’ when it comes to the success of early-stage digital businesses? What’s their secret? All arrows point to the rise of this ‘global native’ startup economy in the UK (businesses who are selling their goods and services to international clients online). Let’s take a look at some more statistics! Despite the view that Britain is steeped in tradition, evidently, their online startup businesses are pursuing the connectivity that the internet provides as a priority. – This has helped them scale their growth in ways they couldn’t have managed before.

Some 68% of the UK’s online businesses sell abroad during the first year of their existence. What’s clear is that these businesses have their minds on the international market right from the birth point of their brand. Further to this, global expansion is not as much of a staggering and costly concept because they and their services are fundamentally based online. Over the last five years, these ‘Global Natives’ industry grew at a staggering rate of 141% faster in revenue and 15% quicker in headcount than businesses slower to expand internationally.

“By breaking down barriers to selling online and allowing online businesses to flourish internationally, we hope to unlock internet commerce—and, with that, lift the GDP of the British internet economy.” – Iain McDougall, UK Country Manager, Stripe

“The internet and borderless technology have drastically changed the landscape for UK businesses,” says McDougall. “Britain’s new generation of high-growth online businesses are pioneering a tech-first, export-oriented economy,” he continues. “These ‘Global Natives’ will be the future of the UK economy,” he adds.

Digital first rules: Testimony from a UK based tech entrepreneur

“Without internet-based SaaS tools, our business and a lot of others simply wouldn’t exist to the standard and scale that they do today. It’s often internet-based tools that help us to do business internationally.” –  Nikolay Georgiev, Global Strategy Manager, Airsorted

“It’s often internet-based tools that help us to do business internationally,” says Georgiev. ” Stripe helps us remain compliant globally when it comes to payments, this is one less regulatory concern for us to worry about so that we can focus on growing the business and delivering a good experience for our clients,” he continues. This is an important point. It’s serviced based digital businesses, including global payments platforms such as Stripe, that, as nimble businesses are able to expand internationally and at a fast rate…

Brexit could still be a barrier to expansion

It’s not only bulky, goods-based export businesses that could suffer from a tough Brexit climate. The research also shows that British online businesses are set to take a more cautious approach due to the barriers that Brexit may produce.

“A new wave of export-oriented online businesses in the UK are challenged by protectionist measures, tariffs and poor government support on immigration.” – Stripe

They will be more cautious

According to the statistics, only 28% of online businesses in the UK said they would “dramatically” expand their global outreach in the next year. – This is below the global average of 46% Why? Brexit has to be the reason here. This is evidenced in the fact that 44% of online businesses in the UK said they would “slightly” expand, which is higher than the international average of 34%, suggesting that digital businesses, like other sectors, may be scaling down their export strategies to see how Brexit pans out. They’re citing regulatory barriers (42%), government tariffs (35%) and taxes (34%) as the top factors why it would be harder to run a global business from the UK over the next year. – You don’t have to read between the lines here, it’s Brexit uncertainties that are the cause for this growing caution among ‘digitally native’ SMEs. Further to this, only 27% said that government support on international expansion was good, or excellent in the UK. This was the third lowest of all countries surveyed, suggesting that they don’t carry much hope that the post-Brexit government will help them facilitate their global export goals.