The figures also show that the average value of deals has continued to fall.

Law Society president Andrew Caplen said: “Most economic forecasters currently expect the UK economy to continue to recover through 2015, albeit at a slightly lower rate. Taken with recent indicators for other sectors, news that growth in legal deals has shown a significant drop – along with their values – raises questions about how long the recovery will continue at its current rate

“Recent strong financial performances of Magic Circle firms reflect high growth in mergers and acquisitions, but growth in corporate, commercial, banking, and finance deals slowed in the first half of this year.

“Given the legal services sector’s wider economic links to the rest of the UK, a slowdown in the City Legal Index is a sobering reminder that the economy is not completely out of the woods yet.”

The main findings of the latest Law Society/Legal Monitor Legal Index are:

David Kekwick, director at Legal Monitor said: “City law firms are certainly benefiting from strong growth in mergers and acquisitions, particularly in the first quarter of 2014. But law firm growth remains tied to the broader economy, so a reduction in deal volumes is to be expected.

“Lower growth in the financial sector over the next few years could force City law firms to identify new business opportunities. It is therefore very encouraging to see increased matter activity in the energy, utilities and natural resources and technology, media and telecoms sectors.” 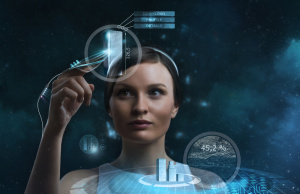 Are cities the best place to be an entrepreneur?