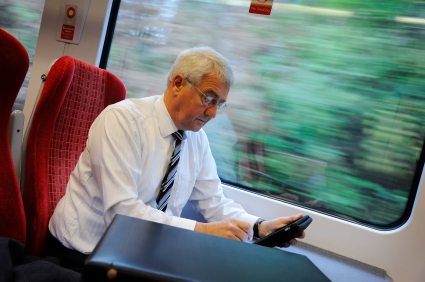 How far laws should go in protecting employees based overseas is an issue which has caused great controversy. Unfortunately it’s likely to continue to do so, given the individual nature of each case.

Individual cases have provided a certain level of guidance, but protecting employees overseas remains a grey area which is ultimately left to the interpretation of each case on its own circumstances by the presiding judge or tribunal. Although most contracts of employment will contain a clause that states which jurisdiction the contract is governed by, in the EU there are mandatory rules of domestic legislation that automatically apply and cannot be contracted out irrespective of what the contract says the applicable law should be. The leading case in this area, Lawson ?v- Serco (2006) provides a test which can be used to determine whether or not an individual is afforded unfair dismissal protection in the UK. This case developed four situations in which such protection may be granted:

1. Where an employee ordinarily works in Great Britain

In particular whether or not they were doing so at the time of the dismissal.

2. Travelling employees who maintain their base in the UK

Expatriate those who can show that they have either been posted abroad by a British employer for the purposes of business carried on in Britain; or show something additional that constitutes operating within an extra-territorial political or social enclave. Simply being an expatriate living and working abroad will not afford protection from unfair dismissal in the UK.

This is designed to encompass a situation where a person has “equally strong connections” with the UK, but does not fit neatly into any of the above. For example, a recent case allowed British citizens who lived abroad and worked in schools at the NATO headquarters in Belgium and the Netherlands to bring unfair dismissal claims as dependents of British armed forces employees. However, as the Supreme Court has since emphasised, although these guidelines may be useful, they do not provide absolute clarity. It was suggested that essentially in a situation where the employee?s place of work is not the UK, it should be decided if the strength of their connection with the country makes it appropriate for a UK tribunal to deal with the claim.  If, for example, an employee owns a home in the UK, is paid in pounds sterling, pays UK tax and their contract states it is governed by UK jurisdiction, but they work abroad, it is likely that their case would be considered appropriate for a UK tribunal to handle. The important thing to remember is that a variety of factors must be considered when deciding whether there is a substantial connection with the UK and, although the guidelines outlined above are helpful, a case does not have to fit into one of those categories absolutely.  Also, just because an employment relationship is forged in the UK, this will not necessarily give rise to a substantial connection but will be considered as part of the overall picture. Wider protection may be afforded to protect those who do not fall under the Lawson ?v- Serco principles. If an employee is a German national, for example, employed by a UK registered company but based overseas, their right may be conferred by EU, rather than UK law. Contrastingly, where an employee is based overseas, but works in the UK, a UK employment tribunal may have jurisdiction to hear their claim. For example, an employee whose base is in Hong Kong, but who has been seconded by their employer to work for a company in London, and is then subsequently dismissed, their claim is likely to fall within Lawson ?v- Serco if it is clear that at the time of dismissal they were working in the UK. Ultimately, each case will have to be determined on its individual circumstances. It is therefor not always clear how far the UK jurisdiction extends in respect of employment law and employment contracts. It’s envisaged that in time, with an increasing number of companies looking to move abroad, individual cases will provide further clarity, particularly in respect to discrimination claims following the Equality Act 2010.

Chris Cook is a senior associate in the employment team at SA Law, based in St Albans. Chris specialises in education matters.