Meanwhile, a recent report from HSBC found that Britain’s export boom looks set to continue. The bank predicted that exports will rise by 22 per cent by 2020, and double overall by 2030.

In a survey of more than 6,000 UK business decision makers, HSBC found that almost three quarters (72 per cent) expected international trade to increase in the next 12 months. In addition, the lender’s trade forecast figures predicted that UK goods and service exports would increase by 10 per cent in 2018 alone – the fastest rate of growth since for six years.

Commenting on the statistics, international trade secretary Liam Fox said: “The UK is entering a period of unprecedented economic opportunity, with latest figures showing a surge in exports together with optimism for continued export growth in the years ahead.”

Goods exports rose faster than services last year, increasing by 11.3 per cent, to £345bn. However, the UK’s renowned service sector also performed well, with exports rising by 9.5 per cent to £282.6bn.

Managing director for export finance at Bibby, a financial services firm for SMEs, Craig Durnell, said that the drop in the value of the pound had been the main driving factor behind strong UK export growth in 2017. He added: “Increasing international trade will be crucial to the UK’s success post-Brexit, so these figures are a reassuring sign that the economy is on the right track.

“That said, there is still a long way to go and it is paramount that the government and businesses work together to grow our export capacity in 2018 and beyond. The outcome of Brexit negotiations will be a key determiner of whether this trend continues or falters.” 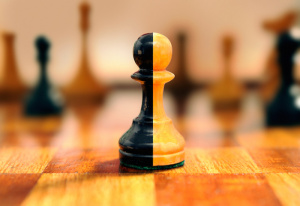