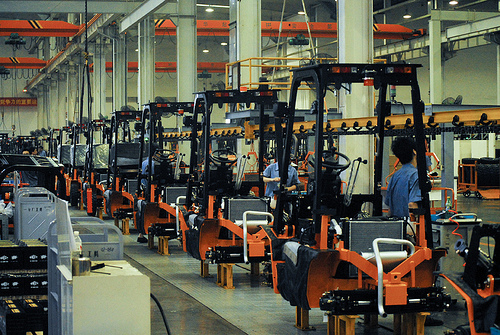 The Office for National Statistics showed that the output per hour in the UK was bellow that of six G7 members, including the US, Germany, France, Japan, Italy and Canada.

The UK output per worker also fell in 2012, compared to the slight increase across its developed country rivals, however British workers produced 11 per cent more per hour than their Japanese counterparts.??? John Philpott, director of the Jobs Economist, said: ?We now know our relative performance is even direr than first thought. Output per hour worked in 2012 was 21 percentage points below the average for the G7 major industrialised countries ? the widest ?productivity gap? for two decades ? while output per worker was 25 percentage points lower. ?The UK economy clearly needs in particular a strong resurgence of business investment in order to both start closing the productivity gap and to trigger a rise in real wages for people in work.? Since 2007’s financial crisis, Britain has been struggling to close the gap with the other G7 nations, as the UK’s most pronounced productivity deficit was found to be in comparison to the US, France and Germany, which has now reached over 30 per cent. ? Image source