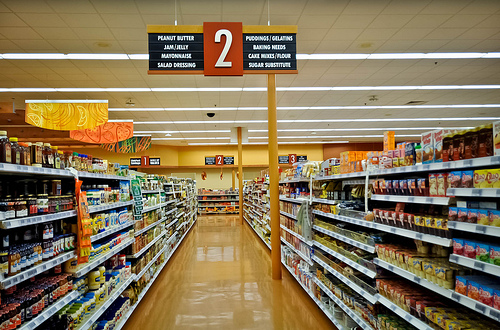 But it was the growth rate of smartphone searches for organic and natural foods that far outpaced any other category. This was closely followed by special and restricted diet foods, meat and poultry and French cuisine, which were the three fastest growing categories on tablet devices.

This comes hand in hand with the latest BRC-Google numbers, revealing that customers are increasingly turning to their tablet computers and smartphones for culinary guidance.  In fact, it’s been found that recipes dominate the top ten search terms, with chocolate cake being the all time favourite recipe.  ?This presents a great opportunity for retailers,? said Helen Dickinson, director general of the BRC. ?Many grocers are integrating their online shopping offer with recipe websites and apps. This means that when customers find a recipe they like, they are a mere one click away from having all the ingredients placed in their online shopping basket. ?The internet is also proving to be a valuable resource for those with special dietary requirements. A spectacular 122 per cent rise in smart phone searches in this category suggests that customers are researching their purchase on-the-go, potentially even as they walk the supermarket aisles, to find products that meet their very specific needs.? Peter Fitzgerald, retail director of Google, said: ?Grocery shoppers have embraced mobile technology, with nearly double the number of searches coming from mobile devices compared to last year. Greater London has seen the sharpest rise in searches, reflecting the developments grocers have made in the region, for example the increase in delivery options becoming available to Londoners. Further growth should be expected as these options are expanded across the UK. ?The warm weather led to an increase in barbecue and beer related queries, plus the World Cup brought a rise in Latin American cuisine searches of 35 per cent year-on-year. However, Britain still remains health-conscious, with significant growth reported in diet, organic and weight-loss foods.? Image search By Shan? Schutte