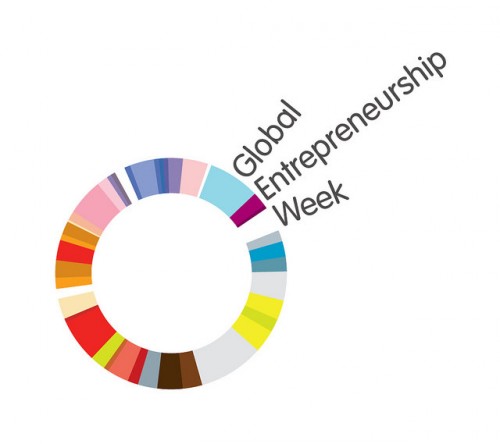 Lord Bilimoria, founder and chairman of Cobra Beer, is known for his great speeches. And the one he delivered at the Barclays Escalator at the beginning of Global Entrepreneurship Week (GEW) is no different.

?Once entrepreneurship is in your system, you have that fire in your belly and it never goes away,? he said. One can’t help but agree given that we only have one per cent of the globe’s population, but are ?still at the top table of the world.? ?One of our great strengths as a country is that we have one of the most open economies in the world,? Bilimoria said. ?London, even after the crash, is still the financial centre of the world. The UK is the global headquarters of entrepreneurship,?
he said.  ?This is our opportunity to send a message to the world that Britain is still great. Whether it?s in design, professional services, beer, aerospace, manufacturing, we?re still at the top table of the world. ?The most common quality entrepreneurs have is guts to stick with it when others would give up,? said Bilimoria, something that many Brits seem to possess. Indeed, with entrepreneurs moving out of survival mode, confidence and growth is on the increase. He also stressed that you don’t need to start something new to succeed and ?it?s better to fail doing the right thing than succeed doing the wrong thing.? But he wasn’t the only one to praise the UK’s expanding entrepreneurial landscape. Secretary of State for Business, Innovation and Skills, Vince Cable, said: ?Thousands of young people are now successfully putting their creativity, drive and aspiration into setting up their own business. Private sector growth has been key to our recovery and the Government has put in place a range of measures to enable young entrepreneurs to turn their dreams into reality.” During the official launch he explained that after the last 30 years ?there is now more of an entrepreneurial frame of mind in the UK.? ?Years ago, the idea of having your own business was a strange one,? said Cable before explaining that employers are now ?at the root of helping the country to get out of a very bad place?. Latest figures from the Global Entrepreneurship Index (GEI) show that over the past three years, the UK climbed five places to reach number four in the world.  In fact, this year’s ranking is the UK’s highest position in the history of the index. Despite this success, the 2015 report adds: “Entrepreneurial aspirations – a measure of how innovative, risk-taking and internationally oriented UK entrepreneurial ventures are – remains a relative weak spot compared to other leading countries.” To this, Cable exclaimed: ?My advice to young entrepreneurs is to try and realise your dreams as this generation has fantastic opportunities.? By Shan? Schutte