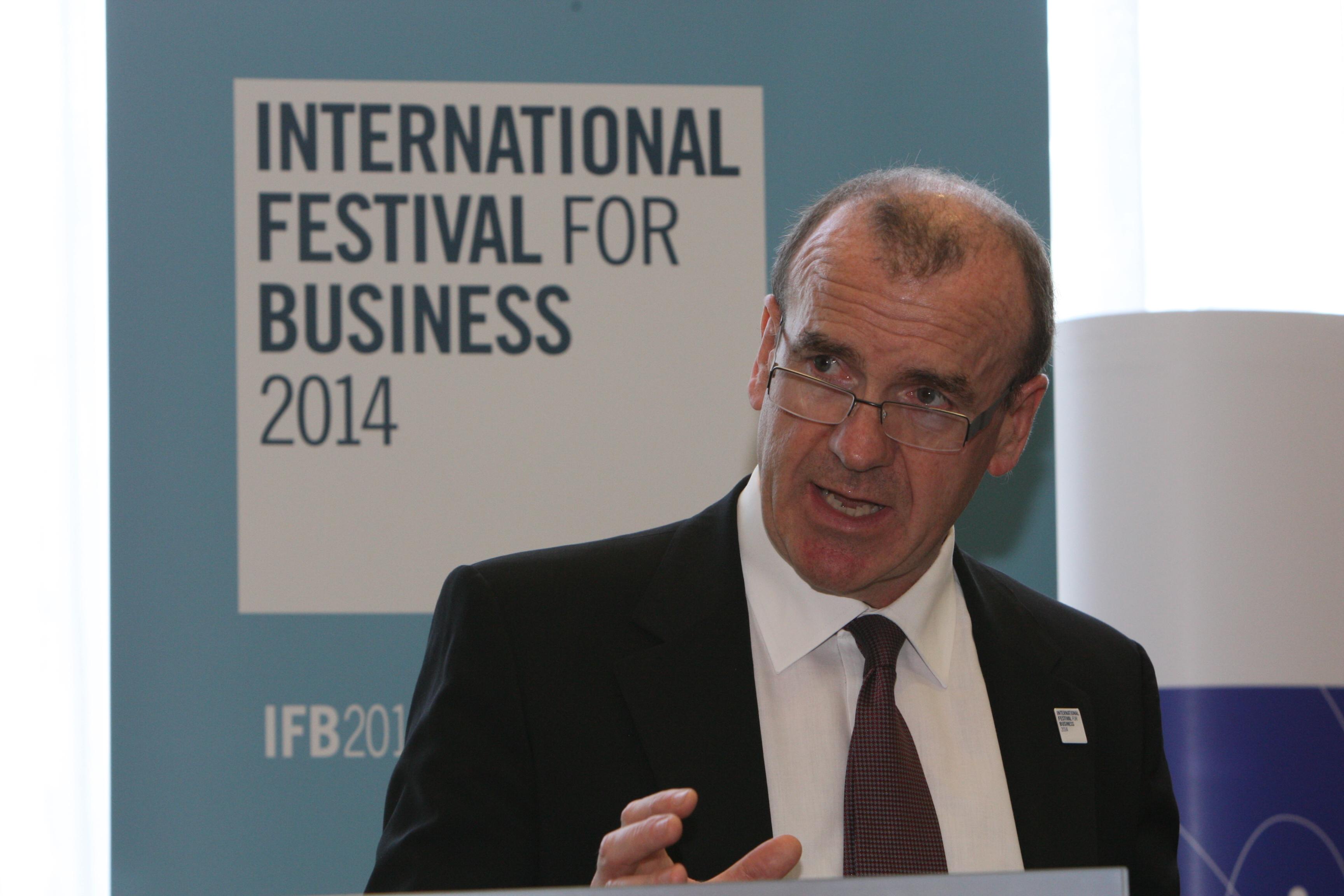 That means that every minute of every day there is a business registered. Marking the spring upsurge, Lord Young has launched an important new report, Growing Your Business, at Downing Street this morning.

Lord Young, the founding inspiration behind both StartUp Britain and Start-Up Loans, identifies the small business community as the ?vital 95 per cent?, the firms who, as the net creators of growth and jobs, are on the frontline of economic recovery. But despite this renaissance in small business performance, the peer goes on to demonstrate that the UK still faces a shortfall of nearly a million businesses, when compared to the levels of entrepreneurship enjoyed by the USA. That international challenge is top of mind in Liverpool today. I am here for the preview of the International Festival for Business 2014, a project I am working on, and the big guns have been rolled out to support it. UKTI Minister Lord Green was joined by speakers including former Tesco boss Sir Terry Leahy, Manchester CEO Sir Howard Bernstein, and Liverpool?s Mayor Joe Anderson. The prime minister was in the city in January to put his personal seal of support on the event. The Festival will take place in June and July 2014 and will deliver some of the biggest business events ever seen in this country. There are big ambitions, and its aim is to show the world that Britain is open for business, and pave the way for an upswing in inward investment. Speaking at the event Sir Terry Leahy made the point that the Festival is a celebration of business and will set an example for the whole UK, one that will be central to creating a second engine of growth for the economy. The current lead engine is the South East and there is a lot of talk about the recovery being a London led and focused one. And while no one can objectively deny the huge strides that the capital is taking, it does so as part of a pack of cities that are beginning to pick up the pace. We used to talk about the tiger economies in Asia and it’s clear that Britain also has its own frontline group of tiger cities that palpably believe in their own ability to cut it on the international stage. Manchester chief, Sir Howard Bernstein called on big Northern cities to club together and to hunt as a pack on the world stage. Sir Terry Leahy made the point that for Britain right now, our biggest challenge rests on ?self-belief?. He is right to say so. But the risk of the national narrative, played out on the airwaves and broadsheets, is that we continue to talk ourselves down. Recession provides a strange comfort blanket but it is one that we can?t afford. Lord Young?s report makes the point that one of the top requirements for businesses right now is confidence ?not only in the economy and overall prospects for growth, but also in their conviction to make it happen.? Britain has weathered a long wintery recession but there are important signs that a thaw in the UK?s trading conditions is well underway. So, let me return to a spring like metaphor. One former chancellor got into a lot of trouble for talking about the ?green shoots of recovery?, but it seems apt today. The UK has, for the most part, escaped the massive fiscal instability and horrific unemployment levels facing so many of the euro zone countries. Business growth is happening.  Michael Hayman is a co-founder of the public relations firm Seven Hills and a co-founder of the national campaign for entrepreneurs StartUp Britain.  Image source