Britain’s mid-sized businesses are increasingly struggling to get the skilled workers they need to push growth. The country’s economic recovery could be jeopardised by the skill shortage in the ‘squeezed middle’, a report published today warns.

Out of 74,000 businesses of all sizes interviewed for the UK Commission Employer Skills Survey, some 85,500 skill-shortage vacancies were reported. Mid-sized businesses are the only ones who report an increase in positions that stay unfilled for a lack of suitably skilled candidates.

That the skills-gap is widening is unexpected, seeing as UK unemployment stands at its highest level since 1994. The proportion of businesses recruiting has increased from 12 per cent in 2009 to 15 per cent in 2011. The pre-recession level was at 18 per cent yet.

A similar issue was addressed in a recent study Real Business reported on, which said that the level of training within UK businesses to give employees the skills necessary was decreasing, despite a growing need for training. The UK Commission Employer Skills Survey reported, however, that training volumes have held up more in mid-sized establishments, suggesting that Britain’s mid-cap businesses are addressing their increasing skill deficiency by training existing staff. This is an argument that Real Business readers have already addressed:

“What I do see is organizations hiring people when they should be getting more from the people they have,” commented director of Motivation Matters, Stephen Walker on staff training in mid-sized businesses. “In 12 months those organizations will be moaning about the exchange rate saying they can’t compete. Time to get serious and get much more from the resources you have.”

Agreeing with the previous reports however, today’s research shows that despite the majority of employers providing some type of development opportunity for their staff, total investment in training fell by 1.9 per cent in real terms, from £39.2bn in 2009 to £40.5bn in 2011.

Businesses mostly expect new employers to be prepared for their position, without the need for further development. Young staff recruited directly from education has been perceived well prepared for work, the survey revealed. 17-18 year olds leaving college were seen as better prepared than those leaving school, despite being the same age and having spent the same amount of time in education.

That medium-sized businesses are the ones that are increasingly focussing on skills might just be another sign how well they are weathering the recession and growing quickly. Neil McLean, Commissioner at the UK Commission for Employment and Skills, said today’s research should should further boost the support we give to the UK mid-market:

“We need to stop thinking about a one-size-fits-all approach to industrial strategy, and become much smarter at making sure limited public resources are used to best effect. What’s needed is an approach which targets these employers, giving them both the freedom and the support they need to create jobs to sustain growth. Things like the UK Commission’s innovative employer ownership of skills programme, which gives employers direct control over public funding for training are a step in the right direction, but we need to go further, working with the best employers to ensure that we develop a more skilled, robust and flexible workforce.”

The science of incentives 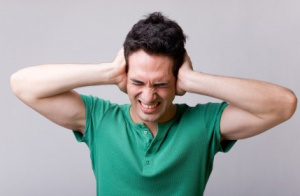