First, from the Twittersphere:

@BradBurton: This election is a “touch” for the Libdems and quite possibly the future of UK political system.

@RachelElnaugh: If Gordy won’t go who is joining me on a protest march to 10 Downing Street? #resign

@PWMLtd: So labour lose lib dems lose but they can both be winners. Sounds like a 1990s school sports day result.

@BigShaunGalleon: The country has spoken, we, the people, dont want a shiny faced tory t**t in number 10.

@businessgp: Actually I think hung parliament, well managed is best result.  No party did enough to deserve overall control so make them work together.

@DuncanBannatyne: Good morning from Wynyard Park. We will have to live under a hung Parliament I am afraid

@PimlicoPlumbers: David Cameron Won The General Election – And Any Attempt To Steal Power Is Treason!

@SimonDolan: So, will Brown do the decent thing and resign? Nope, I bet he clings on with a deathlike grip until he’s slung out

@ComedyFish: It seems Nick Clegg is like a fat winner of X-Factor. Yeah yeah we love you, you’re different. But we won’t buy your single

Stephen Bentley, CEO at Granby Marketing Services says a hung parliament is a “territory unknown”: “It has worked in European countries but I dread the amount of horse trading that will take place between the parties. The only people to be sold out will be the electorate.”

“No-one is clear who is going to be prime minister until this time next week and, needless to say, markets don’t like uncertainty,” comments Charles Purdy, director of Smart Currency Exchange. “We saw sterling pull back sharply against the euro and fall against the US dollar, having broken the US$1.50/£1 level. The one plus for sterling is that government debt problems in the euro zone will continue to be a major factor in market sentiment and, as such, put the euro under pressure. So expect great uncertainty and volatility for sterling in the coming weeks as we struggle here with a hung parliament and while Europe works out how to deal with some fundamental problems concerning the euro.”

Tracy Ewen, managing director of commercial finance firm IGF, says a hung parliament – and any delays in making decisions – will increase the likelihood that credit rating agencies will downgrade the UK’s much coveted AAA credit rating, making it more expensive for the UK to borrow money. “This will impact on the price of borrowing for banks and other lenders, which could lead to a second credit crunch and double-dip recession,” she says. “A coalition or minority government could make it harder to fix the problems in the economy, so taxes look almost certain to go up.  The next few months could prove challenging, but strong businesses with good cashflow management practices should be okay whatever happens.”

Still not sure what a “hung parliament” actually means? Great article in today’s Telegraph here. 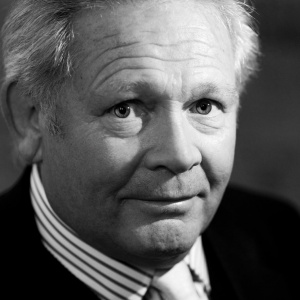