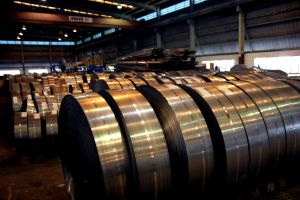 The report, commissioned by Duo UK, involved more than 1,000 purchasing professionals working within SME and corporate organisations, across both the public and private sectors. Support for intervention was seen to be even higher in the public sector where 75 per cent thought the government should introduce legislation or other initiatives to support home grown industry.

Commenting on the initiative, Shadow Business Secretary, Chuka Umunna MP said: “Manufacturing is incredibly important to the health of the UK economy and in helping Britain to emerge from difficult times stronger than ever before with more better paid, high skilled jobs. It’s great to see businesses like Duo taking the call to action to the government and championing British manufacturing on behalf of the industry.” With companies of all sizes in agreement that government and big businesses have a ‘particular duty’ to ‘Buy British’, larger corporate organisations were revealed to be the most behind the bid with 40 per cent claiming there is a ‘moral case’ for UK companies to support each other, while a further 36 per cent described the initiative as ‘common sense’.  Shorter supply chains, better service, communication and ease of doing business are among the notable advantages of dealing with British manufacturers, according to the study, with the retail sector at the forefront of championing the campaign. Duo UK managing director, David Brimelow believes that “it is common sense for businesses to support each other by buying British where commercially viable, and through our research it is clear this view is shared by UK businesses across the board. Buying ‘local’ is a choice that we urge all companies and consumers to make moving forwards and in doing so support not only the local manufacturer, but also the local economy, local jobs market and other supporting local industries. “With all eyes on the government to do more to support manufacturing in the UK, it is encouraging to see big businesses also seem willing to play their part, with the likes of John Lewis, Tesco and Marks and Spencer among those which have already adopted a Buy British message within their high profile marketing campaigns.” Nearly half of respondents are actively looking to increase the amount of goods they source from the UK for their business, with a desire to cut transport costs and the associated carbon footprint attached to contracting overseas companies pointing in favour of British made products. A quarter of SMEs and a third of corporates raised ethical concerns about some overseas suppliers such as the fair distribution of profits and labour conditions, in addition to being seen to support the local economy through the British tax system. While it is commonly believed that overseas goods are less competitively priced than they used to be, in order to ratify UK manufacturers within approved supplier lists the report identified concerns attached to British manufacturing that need to be addressed. For example, offering poor value (according to 29 per cent of firms) followed closely by a common perception that goods simply aren’t available in the UK (26 per cent). Brimelow continues: “With the economy finally showing signs of recovery and a new year ahead of us, now is the perfect time for businesses to review their purchasing decisions. By supporting home-grown companies, businesses help to create stronger local economies and skilled employment opportunities, both of which will help the UK get back on track as quickly as possible. Buying local, British-made goods is about reinvesting in the backbone of Britain and helping future generations look forward to a more stable economy.” Image source By Shané Schutte