In terms of broadband speed, the UK is behind countries such as Singapore, the world’s fastest with an average of 55.13Mbps, Sweden, the Czech Republic and Germany, to name a few. This finding, courtesy of Cable.co.uk, has thrown a spanner into our connectivity calculations.

The government has made clear that it hopes to position Britain as a digital leader, reaffirming its commitment for a £400m 5G strategy fund along the way. Plans for a universal service obligation were also unveiled. But these may have been based on broadband speed tests that placed the UK much higher on the broadband chart.

Ofcom suggested the UK’s average download speed in 2016 was 36.2Mbps. An annual report by Akamai placed the UK 15th in the world. But after running several broadband speed tests of its own, Cable suggested both Britain’s ranking and its average speed is much lower – 16.51Mbps, which puts it in 31st spot.

“Relatively speaking, we are near the top of the table,” the company’s consumer telecoms analyst, Dan Howdle, said. “However, many of those ahead of us – some a long way ahead – are our neighbours both in the EU and wider Europe.”

Looking at it from that perspective, WiredScore EMEA MD William Newton further added: “It shows great strides must be made in the UK’s digital infrastructure if it is to continue to position itself as an attractive place to do business – especially post-Brexit.”

That the majority of the top 30 countries are from Europe or Asia brings greater clarity on the difference between the UK and more local rivals. The Netherlands has an average speed of 33.52Mbps, Spain has 19.6Mbps and even the lowest European country in the top 30, Bulgaria, recorded an average speed of almost 18Mbps. Best broadband provider

Perhaps its time to learn from other countries. Satescoop recently chalked broadband leader Singapore’s success down to early investment, a heavy dose of initiatives, public policy and and the ability not to shy away from changing corporate structure.

“The nation’s small footprint has spurred leaders to investigate alternatives to traditional services, and this push fuels technology,” it said. “Singapore embraces the idea that to be competitive, its efforts must be extra cunning and twice as quick as those in other countries.”

There, Cable explained, it would take 18 minutes to download a 7.5GB movie. In comparison, it would take Brits an hour to gain access to the likes of Lord of the Rings.

Here’s the ranking in full:

The many faces of fleet uses – what can you use your vehicles for? 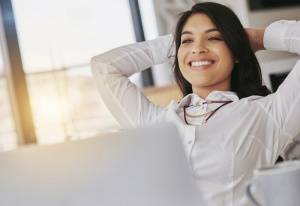 Workplace email: Ways colleagues are guaranteed to upset each other