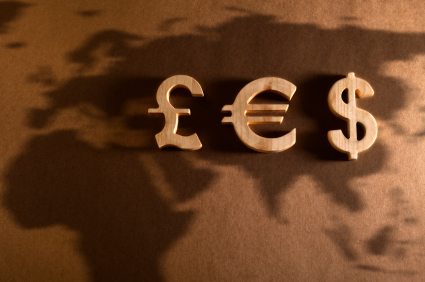 The UK has long been the most attractive destination in Europe for foreign direct investment. The greater question, however, has been whether the possible and actual referenda on EU membership and Scotland’s membership of Britain threaten the UK’s reputation as an offshore hub from which businesses – particularly from the US – can trade with continental Europe.

Despite the financial crisis and concerns over Britain’s continuing EU membership, it seems the UK is maintaining, and even enhancing, its attraction as a business destination.

According to research undertaken by British American Business (BAB) and Cubitt Consulting (CC) and a survey comprising America’s and Britain’s 60 leading companies, the position of the UK outside the euro zone as it struggled with structural flaws offered investors a “temporary haven” location – behind its flexible currency for pro-market tendencies – with full EU market access. This, coupled with the devaluation of the pound relative to the dollar, has secured its position as the principal destination for US investment into Europe.

After indication that increasing European regulation and taxation of business was making the EU less competitive on the international stage, it is not surprising that respondents named high tax and regulatory burden as a main concern. The UK government has taken steps to make the country more attractive from a corporate tax perspective – the main corporate tax rate was cut to 21 per cent in December 2012 compared to 33 per cent in France and 29 per cent in Germany – the burden of regulation, particularly on the financial services sector, has continued to rise.

The UK’s tax rate is now among the lowest in the G8, but concern about the tax burden overall still lingers. Similarly, a majority of respondents said that London was still the preferred global market in which to access finance, beating even Asian centres such as Hong Kong.

Simon Brocklebank-Fowler, chairman and managing partner of Cubitt Consulting, commented: “Tax simplification, as well as low taxes, is what investors want. The UK tax code is labyrinthine in its complexity, and the compliance cost is high.”

So, what are some of the benefits to doing business in the UK that has kept our trade business from being blown away? Unsurprisingly, common language was ranked as an benefit of doing business in the UK, suggesting a UK/US bias towards operating in English speaking locations. More interestingly, the highest ranked benefit of operating in the UK was a highly skilled workforce and expertise of the professional advisor/investor community.

Few respondents rated the UK’s infrastructure as a benefit of locating in the UK. Another common, and particular, area of concern was aviation policy. It is argued that the UK lags behind other European countries through its inability to address and/or supplement limited airport capacity.