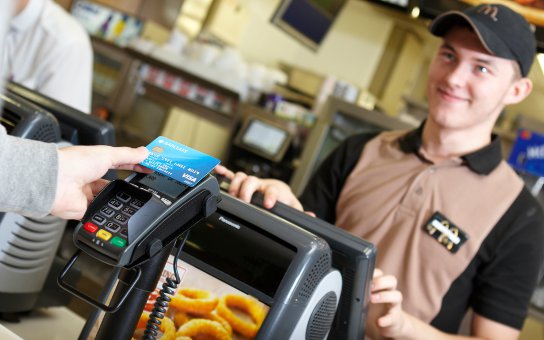 Payment service provider Worldpay has experienced a 160 per cent growth of contactless payments across the country in 2015, with a monthly peak of 45m tap and go transactions.

Public adoption of the payment method would have risen since 1 September when the limit per transaction was increased from £20 to £30. The average food shop is valued at £25 and card spends in cinemas, pubs and gift shops are generally under £30 too. Dave Hobday, UK MD of Worldpay, said: “The UK has been a trailblazer for contactless adoption, and we’re seeing that play out today as the technology plants itself firmly in the mainstream. “Raising the limit on contactless to £30 opened the floodgates by broadening the opportunities for consumers to use the technology, but it’s far from the end of the story.”

Worldpay has now processed over £4bn worth of contactless sales since 2012. It cautioned that tap and go is becoming expected by consumers, which means retailers yet to embrace the service are in danger of being left behind. Indeed, it will be mandatory to support contactless at all UK terminals in 2020.

According to the firm’s findings, food and drink outlets are leading the way forward for contactless as pubs, bars and restaurants accounted for 48 per cent of all tap and go transactions. Elsewhere, entertainment venues such as cinemas and theatres generated 31 per cent of all sales. “Contactless cards may have paved the way for the enormous surge in tap and go payments we’re seeing today, but the next 12 months will be defined by how consumers take to paying for goods on their smartphones – especially with features such as High Value Contactless,” Hobday continued. “These numbers show how contactless has moved from novelty to normal in little more than four years – retailers still on the side-lines without a strategy to accommodate this technology could be left in the dust and risk of driving loyal customers away.”

Apple Pay officially launched in the UK in July 2015, at which time Real Business heard from leaders at 12 British companies in various sectors about how they felt about the arrival of the disruptive payment service.