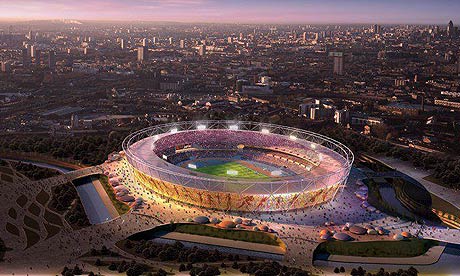 With two years to go until the opening of the 2012 Olympics, SMEs are being asked to support the Team 2012 fund.

A new campaign launched this morning, “Our Team 2012” hopes to raise £15m to provide up to 1,200 Team GB athletes with training and equipment in the run-up to the 2012 Olympics. A total of 750 firms will be asked to pay £9,900 per year to take part in the two-year programme. Duncan Bannatyne, who has volunteered to act as a Team 2012 ambassador, described the programme as a “once in a lifetime chance to be part of making history”. SMEs that sign up to the programme will receive the opportunity to meet athletes, be given access to prestigious venues such as the House of Lords, be invited to networking and black tie events, and can display a special “Team 2012” logo on their website and in their e-mail signatures. “Supporting the Olympics is not just something the big multinationals can do – it is within the reach of every small and medium business in the UK and I’d encourage as many as possible to get involved,” says Hugh Robertson, the government’s minister for sport and Olympics. “Sports funding has always come from a mixture of exchequer, lottery and private sources. Given the difficult economic situation we’re in, it’s never been more important to have business behind our athletes.” Money raised by the programme – a joint venture between the British Olympic Association, the British Paralympic Association, UK Sport and LOCOG – will be used to fund coaching, training and competition support, medical and scientific services, equipment and access to the best facilities for Team GB. With estimates that each podium-level athlete costs around £70,000 in resources, Team GB needs your help. Joining the programme could also help your business win new business opportunities. Visa Europe’s executive vice president for partnership marketing Colin Grannel estimates that Visa’s association with the Olympics has resulted in a seven per cent increase in new business. You can get more information on the programme here.