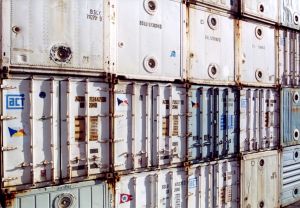 Among the countries surveyed, 43 per cent of exporting SMEs across Europe increased turnover exporting within or outside the EU. But Britain was the most successful.

Most sales for UK SMEs (39 per cent) are within the EU, where they have been 26 per cent more successful at increasing turnover than the European average. Currently, 39 per cent of UK SMEs exported to countries within the EU. For the 31 per cent exporting outside of the EU, they found themselves 26 per cent more successful, with the US at the top of the list. Indeed, 54 per cent of SMEs that had sent shipments outside the EU had exported to the US.  English-speaking destinations such as Australia and Canada also figure high on the list of export destinations outside Europe. The research found that medium-sized businesses, with between 50 and 250 employees, have the highest percentage of exporters at 29 per cent compared to their small and micro counterparts. And when it comes to sectors, the UK high-tech and industrial industries outperform the national average for exports across the board. SMEs in the UK have the highest percentage of online sales outside the EU compared to other European countries surveyed. The majority of shipments sent by surveyed SMEs are destined for domestic customers and other countries within the EU, and the findings suggest that these businesses need help to explore markets further afield. Concerns over goods being lost or damaged and a lack of information about how to manage export regulations and procedures are curbing the appetite for this export expansion. ?Some ambitious SMEs are already taking the first steps toward expanding into international markets. The business rewards of exporting can include increased revenue and robust growth, and by working with the right logistics partners, the risks can be managed,? said George Willis, managing director of UK, Ireland and the Nordics UPS. “The statistics definitely show that UK SMEs have to look beyond the island to expand their customer base and grow their businesses.? Image source By Shan? Schutte