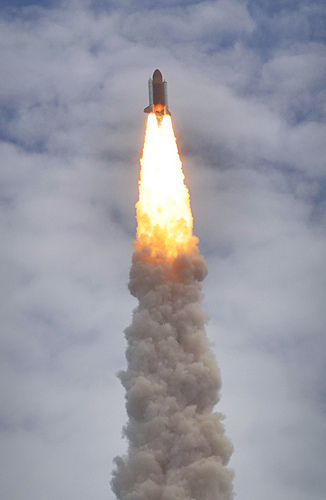 Share via
Some 50 years ago, President John F. Kennedy described the exploration of space as “holding the key to our future on earth”. With the UK Space Agency announcing that the industry grew an average 7.2 per cent over the last two years, while contributing £11.3bn to the UK economy, the statement certainly could be true. It is thus astonishing that the growth of Britain’s space market is mostly attributable to its long-standing commitment to satellite manufacturing. In fact, satellite manufacturing is worth £800m, around 14 per cent of the space sector. That’s right, most of Britain’s space commerce revenue comes from selling technology rather than satellites themselves. But let’s not forget the growing demand for mobile technology and satellite broadband, interlinking the space industry with the telecommunications sector. This just comes to show that you don’t need to be big to gain a slice of space pie. The Isle of Man is an excellent example. 30 of its 54 companies work on satellites located on the island, while a minority of companies handle the financing, insuring, leasing and legal ramifications of space assets. More shockingly is the fact that the government had very little to do with this hidden success story. It can be argued that a genuine interest in the market only started due to the recession. The UK space sector has seen a decade of growth barely seen anywhere else and has been incredibly recession-proof. With a turnover that has more than doubled in the last ten years, six per cent of that growth happened in the year following the 2008 financial crash. It was the previous government that finally woke up to the potential of the UK space sector, back in the days when it was one of the least subsidised parts of the UK economy. In February 2010, the business department published the ‘Space Innovation and Growth Strategy‘, which outlined a 20 year vision for the industry. They hoped to double their global market share to ten per cent by 2030, creating 100,000 jobs at the same time. The industry has also set an interim goal of growing annual turnover to £19bn by 2020. The government now seems more committed than ever for the UK to be at the forefront of the space industry. But to reach their intended growth “it is important we start laying the foundations today for the infrastructure that we will need tomorrow”, explains MP Robert Goodwill. And it all starts with plans to build a fully functional, operating spaceport by 2018. This will become one of Britain’s most important pieces of infrastructure, which will be used to launch manned missions and commercial satellites. One of the locations marked for a spaceport is Newquay which has the longest runway in the UK. Due to the government’s interest in the sector, Britain has become the “first European country to take the challenge of spaceplane regulation seriously.” As Spaceplanes are currently regulated as aircraft as they use lift to go through the atmosphere, an existing aerodrome needs to be adapted and improved if required. “We have worked out the regulatory regime we need to launch spaceships in Britain and assessed what kind of aviation checks will have to be imposed when we put craft into space,” science minister David Willetts recently announced. “In the wake of that work we have now created a shortlist of locations for the first British spaceport.” What the UK now needs is a proper regulatory framework for journeys out of the atmosphere. Options are currently being examined for regulatory control of UK-based spaceflight, and it is essential that this moves forward as quickly as possible. Space elevators, mentioned in the government’s ‘vision’ still remain a distant dream, however, Google is rumoured to be researching the possibility. Beware, it seems that a space revolution is on the horizon, with the technologies enabling spaceflight just within our grasp. Image source By Shané Schutte