Share via
As night falls this evening, bars, clubs and pubs the UK over will be filled with cackling witches and blood-sucking vampires ready to dance the night away. Suburban streets that are usually quiet will be alive with the sound of children relentlessly knocking on doors, demanding sugary snacks. And the cash registers of retailers across the country will be ringing late into the evening as last-minute Halloween shoppers manically scramble to piece together a Halloween outfit after work. But precisely how much are British retailers set to take in as a result of Halloween this year? And how does this compare to last year? How much are the British public set to spend on Halloween this year? According to research by Mintel, the British public is forecasted to spend a staggering ?419 million on Halloween this year, up 5% from ?400 million last year. Which segments of the population most got into the Halloween spirit last year? In 2017, 52% of the British?population splashed the cash on Halloween, this, unsurprisingly, rose to 85% for parents with children under 5. Among the biggest spenders were “young millennials”, of which 77% embraced Halloween and spent accordingly. How much did the average person spend on Halloween last year? Of those that decided to embrace Halloween, 25% spent between ?10 to ?25, 24% spent ?10 or less and 17% really got in the Halloween spirit and spent an impressive ?26 to ?50. 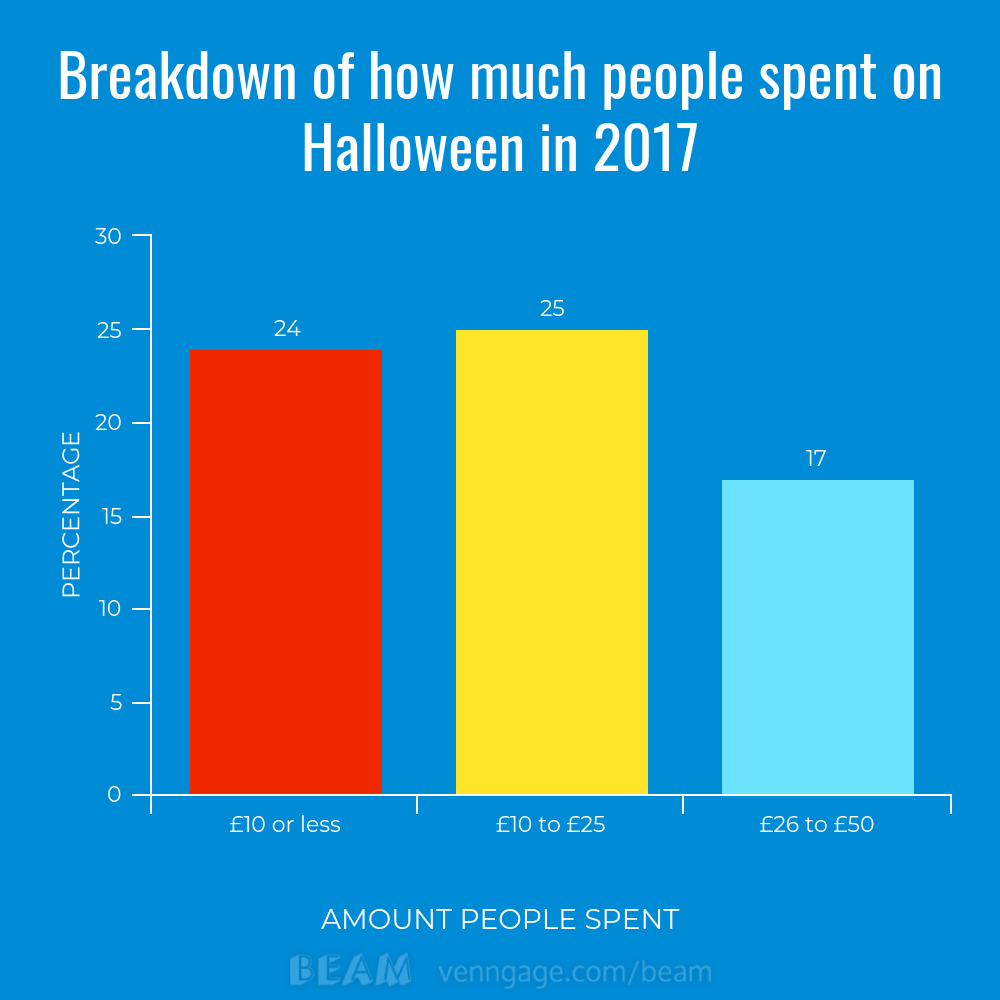 Which part of the country embraced Halloween the most last year? In the North East, North West and East Midlands, 56%of consumers spent money on Halloween in 2017. Interestingly, people residing in the South East and East Anglia were the least likely to embrace Halloween en masse, with just 45% of the population in these regions splashing out on Halloween merchandise in 2017.     What did people spend their money on in 2017? Halloween proved to be very effective in getting a large proportion of the British public to part with their hard-earned cash, but what did people spend their money on last year? 40% of those that spent money on Halloween forked out for sweet spooky treats. Surprisingly, pumpkins were left gathering dust in supermarkets up and down the country, as only around 18% of people spent their money on what has long been considered?a traditional?Halloween?staple. Approximately 15% of the British?public spent money on fancy dress last year – so there were fewer Draculas and wicked Witches wandering around the streets of the UK than we would have expected. 14% of the Halloween buying public spent money on decorations, and 11% splashed out on special food and drink. 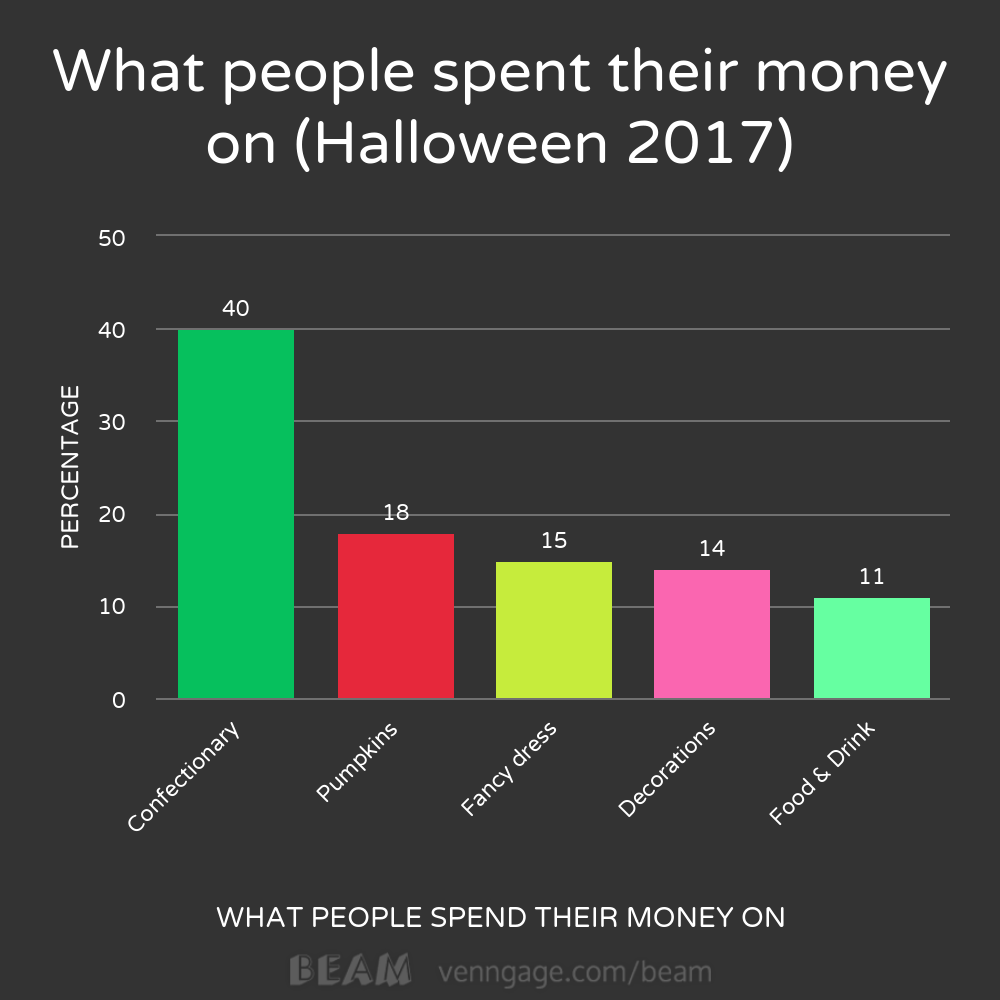 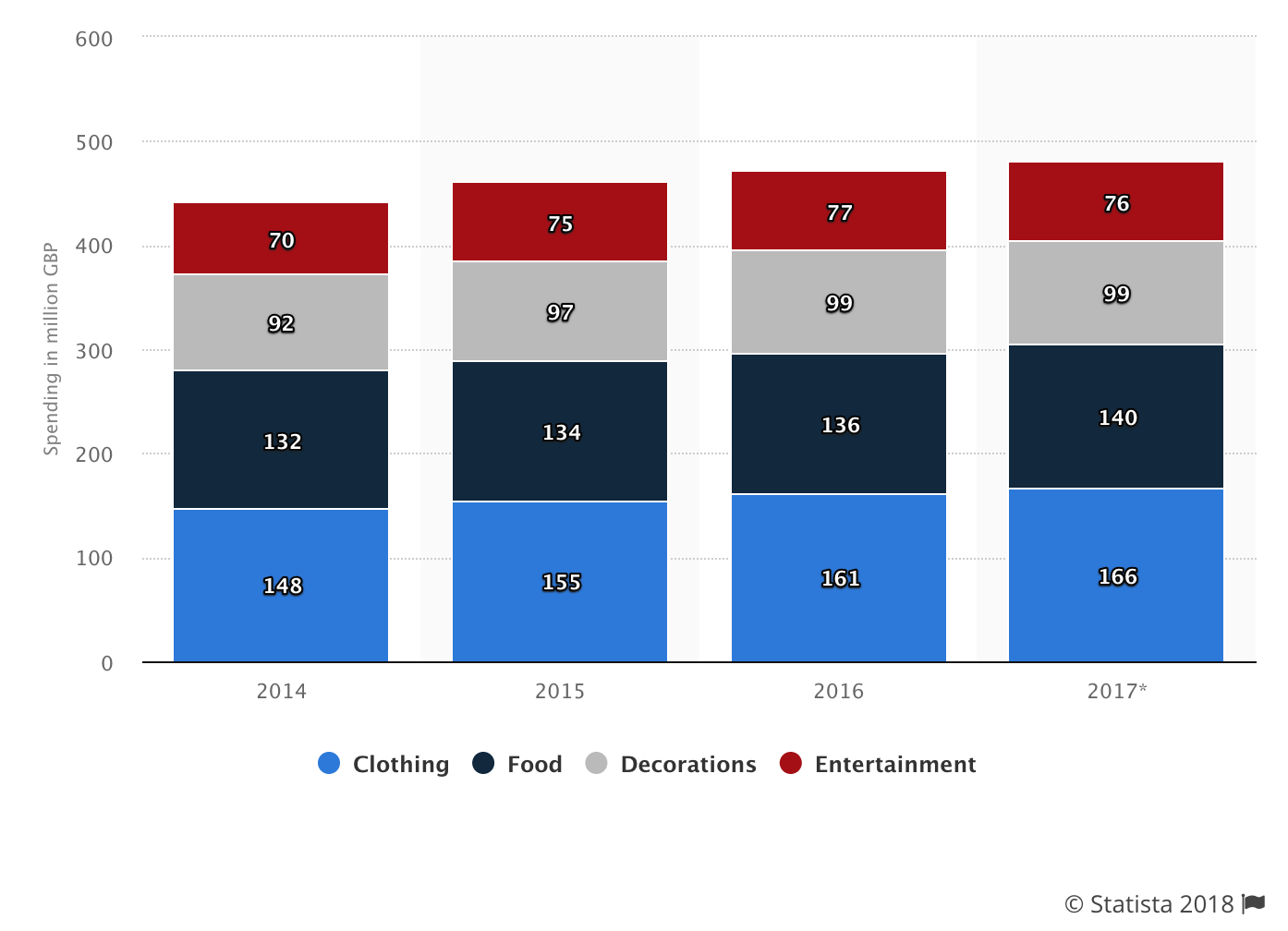 Whatever we may initially think, all evidence points to the fact that British retail culture is moving ever closer to that of our transatlantic cousins. If someone had told us fifteen years ago that the UK would soon become a major centre for Halloween retail mania, most of us would have balked and said, ?why us, of course not!? But Halloween is only the beginning. The British public are following other American patterns of retail consumption including ?Black Friday?. Whatever our personal opinions on the buying of goods and services to commemorate retail-based celebrations, it?s certainly an interesting time to be in retail in Britain. And with the growing popularity of celebrations such as Halloween, UK retailers have the opportunity to make big money if they engage with these calendar based holidays ? and get their marketing strategies ?on-point? in the process. So let?s embrace the opportunities to be had with these expansive retail opportunities in Britain, or should we be calling it British-American retail now?