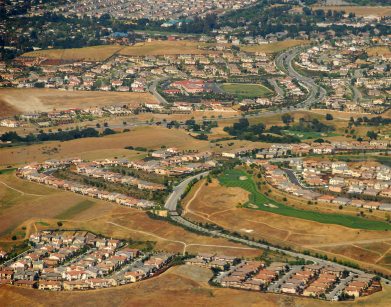 At a recent round table meeting hosted by financial advisers My Business FD and?the banking group UBS, eight of the UK?s most innovative tech companies shared?their concerns about the current challenges facing start-ups looking for capital to?fund growth in the UK. One of the main problems is that UK investors are not as knowledgeable as those in the US.??Many UK venture capitalists are less technologically informed and more risk averse?than their US counterparts, making it much harder for tech start-ups to access?capital,? said?Chris Chapman, managing director of My Business FD. This lack of technological know-how makes venture capitalists much more reluctant?to back more cutting-edge proposals, experts at the meeting agreed. The tech start-ups at the meeting included Gloople, KnowledgeMill, Bossa Studios, Everlution, Mindwork Labs, ClickSlide and Captive Media. Gabriel Ortiz, CEO of server-based software builder ClickSlide, said he was frustrated with the lack of technical expertise among investors ? although he admits it’s not easy for a layperson to understand ClickSide. Ortiz eventually found angel investment from a fellow technologist, a chief technology officer at a major UK jobs recruitment platform. ?He had the technical expertise to see that there were great opportunities for this kind of product. So he backed us. ?The lack of technical expertise makes many venture capitalists absurdly risk-averse. Too many VCs follow a copy-cat playbook, even though history has shown us that small sums of working capital invested in wild ideas have the potential to re-pay their investment many times over,? said Ortiz. Don Galles, CEO of email management company KnowledgeMill, said if?the UK was to compete with the US it needed more technology-minded venture?capitalists: ?We?re often working with esoteric concepts that the venture capitalists don?t?understand. ?In California you can find a venture capitalist who is a computer scientist. To make?the UK more like Silicon Valley you need more venture capitalists with a technology?background.? The table agreed that a shift in investment culture was needed. Currently, venture capital markets in the UK expect only products for an existing market – true innovations are shunned. This lack of appetite for risk among UK venture capital firms means that many tech
start-ups struggle to find funding for growth. According to Chris Chapman of My?Business FD, the lack of technology know-how among investors was a common problem.??We see our clients hitting barriers when they go to a non-tech savvy financier and?start talking about an esoteric idea that has the potential to disrupt the market,? he?said. Another issue uncovered by the group is that UK-based venture capitalists do not?have the same attitude to risk as their US counterparts. Nor can those who have?experience of start-ups – such as ex-business owners – be expected to single?handedly fill the funding gap. Andrew McCulloch of UBS Wealth Management, said: ?Some successful?entrepreneurs who have exited their own businesses are willing to provide?entrepreneurs with growth finance and make the most of the funding gap. ?But they cannot be expected to step into the shoes of the venture capitalist. The?majority are not willing to take on the same level of risk now, nor do they have the?time or the expertise to do this job well.? The lack of funding as well as the dearth of technology know-how at UK venture?capital firms forces many tech companies to turn to the US for funding. However,?accessing that finance often means the firms need to re-locate to the US. To prevent a large-scale brain-drain from Silicon Roundabout to Silicon Valley UK venture capitalists need to become more sophisticated, the round table heard. And indeed there are some encouraging signs that that is happening. For example, in June last year the British Venture Capital Association and UK Trade & Investment announced a new partnership. Called the Venture Capital Unit it aims to support UK based companies that are?already engaging with potential investors, as well as encourage overseas private equity and venture capital businesses to open offices in the UK. Chapman said it was ?a step in the right direction? but that more?needed to be done. ?UK-based venture capital firms need to learn from their US colleagues and up their game,? he said. ?Otherwise we risk losing the very people we desperately need to re-ignite the UK economy to the US.? Technology start-ups could also take steps to improve their chances of
securing finance and remaining in the UK. For example, ?access to a part-time finance director can be a game changer for a small business,? Chapman explained.