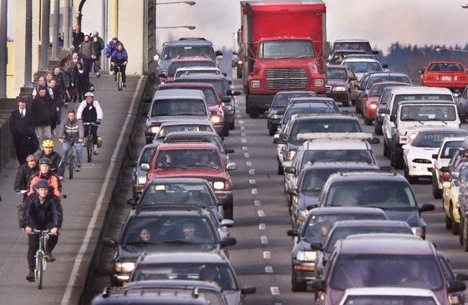 Workers in the UK collectively spend ?67bn per year on costs they incur specifically because of their job, and these costs are rising, according to new research from Santander.

Work-related expenses such as childcare, commuting, work clothes and computer equipment cost the average full-time employee £2,681 per year, accounting for 12 per cent of their disposable income. Although average salaries have risen by around 1.4 per cent, the average cost of working has also increased by 10 per cent over the past year, leaving workers significantly out of pocket. Commuting is the greatest cost to workers, with the average annual outlay now at ?785 per year, up from ?766 a year ago. Those who drive to work spend ?955 a year on travel, with ?835 spent on fuel, ?82 on parking charges and £38 on tolls/congestion 2,780 miles per year. Those who use public transport to get to work spend slightly less money at an average of ?927 per year. Childcare is also a substantial cost burden for one in five (19 per cent) workers, who spend an average of £3,656 per year on it, up from £3,632 last year. “Earning a living can be an expensive task, particularly against a backdrop of rising living costs. The price of going to work has increased significantly since last year but average salaries have not and, as a result, workers are considerably worse off,” says Alan Mathewson, CEO of Santander Cards.  “There are a number of small changes people can make to their day-to-day routine that will help counterbalance these rising costs; by seeking out the best deals at the supermarket or department store and making the most of discounts and cashback offers.” How much do you spend on work?