The survey by American Express found that 48 per cent of UK mid-market businesses (Defined as having revenues of £3m to £600m) anticipated growth in the rest of 2014, 66 per cent have increased revenues and 62 per cent have grown their staff in the past year.

More than six in ten have tapped into international markets to boost growth, with the US, China and India being the key markets exporters want to go to.

“This survey clearly sees a return to prosperity for UK companies and the economy. The mid-sized company sector is the engine room of Britain’s economy, and its resounding commitment to invest to fuel further growth this year is another in a long series of good news headlines for UK PLC,” said Brendan Walsh, executive vice president of global corporate payments at American Express.

Walsh added: “While cash flow restrictions typified by the recession have eroded, it appears that this sweet spot may not last forever, with the vast majority of UK companies anticipating they will encounter cash flow issues by the end of the year.

“The good news is that the financial discipline of the recession years has clearly left an indelible mark, with UK companies placing considerable focus on optimising their own cash flow management so that growth can continue unabated.”

How to prepare for a dawn raid 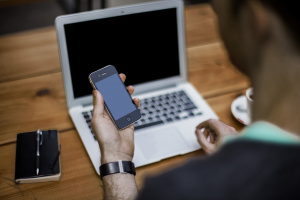