The report follows on from complaints by the German finance minister and warnings by the European Commission that the UK’s Patent Box legislation creates unfair levels of competition. So the OECD and G2O have published a report that approves the regime.

It primarily focused on countering harmful tax practices more effectively and also covered patent-related tax relief schemes in a number of countries, including the UK.

Michael Jaeger, patent attorney at Withers & Rogers, said: “It is fantastic that Patent Box has got a clean bill of health from the OECD, following some notable criticism since its launch.”

There has now been some early reaction to an indication that the government in Germany plans to introduce a patent box regime.

Patent Box has been a motivator for a number of corporate investments in the UK. For example, in 2013, GlaxoSmithKline praised the scheme for making the UK a better place to invest – backing this up with a £200m investment in the advanced manufacturing sector. More recently, the scheme was one of the drivers for Pfizer’s attempted takeover of UK-based Astra Zeneca.

“There is no doubt that the financial relief these type of schemes provide fuels innovation and allows businesses to compete more readily on an EU-wide basis – the introduction of more programmes throughout Europe can only help in supporting this further”, concluded Jaeger. 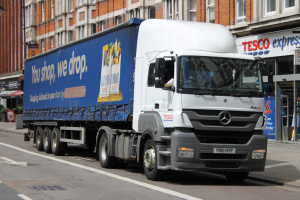