Visiting every corner of the globe, trade missions have long been used as a way to give ambitious companies a leg up in new markets. Making that first foray into a new territory is a risky process – fraught with language barriers, cultural differences and complex taxes.

As the organisation behind these trade missions, the government’s UK Trade and Investments (UKTI) body exists to give businesses an introduction to new markets and meetings with potential partners.

It is a crucial contributor to the government achieving its target of £1tn in British exports by 2020 – no matter how ambitious some say this goal is. The plan is to have 100,000 more companies exporting inside the next five years and a doubling of the UK’s stock of foreign investment over the same period.

Alongside establishing initiatives such as a cabinet-level “Exports Task Force” chaired by new business secretary Sajid Javid, UKTI also hopes its continued trade missions will be a big contributor.

Hung off the back of the NY NOW trade show, the trade mission Real Business is currently on will see ten SMEs based in the South East of England gain valuable access to buyers, customers and the American market.

In true trade mission style, our travelling group assembled as one at Gatwick. The ten businesses in attendance were the winners of a UKTI competition – meeting the eligibility criteria of being based in the South East of England, a small or medium-sized company selling homeware, giftware or lifestyle products designed in the UK and either a new exporter or active exporter investigating opportunities in the US.

Travelling 36,000 ft above the Atlantic en route to John F. Kennedy airport in New York, entrepreneurs at the helm of dog accessory, baby carrier, male grooming and novelty chocolate businesses were in attendance. Each are a great example of the varied and exciting companies currently being grown in the South East of England.

The ten businesses are:

Over the course of their stay in New York, each business owner will have the opportunity to have their products showcased in the British Pavilion showcase at NY NOW, gain valuable insight into the US homeware, lifestyle and giftware market, have access to market briefings with overseas experts and support from UKTI trade advisors.

Real Business is in attendance to see how they get along, as well as meeting with UKTI, Bank of America and USA Corporate Services representatives. We’ll also be finding out how Norwegian Air will be helping businesses in the UK further the export drive.

For any company interested in being part of a trade mission, or just want to see what goes on during one, our daily diaries will provide great insight. We’ll also be publishing interviews with some of the most promising businesses in attendance, quizzing UKTI about what it looks to achieve with these trips, as well as how realistic the 2020 target is, and provide a general snapshot of doing business in the US.

We hope you join us for what is already an existing journey! The next instalment will be on Monday 1 February.

Trade missions take entrepreneurs to all corners of the globe, as we found out from Paul Maher who journeyed to China in search of new opportunities. 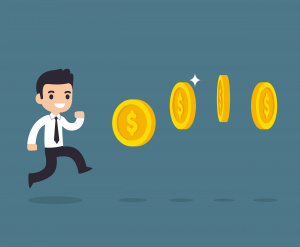 How businesses can win with gamification 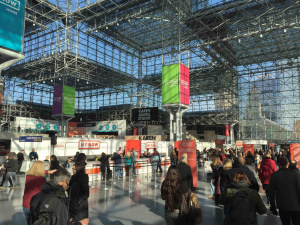