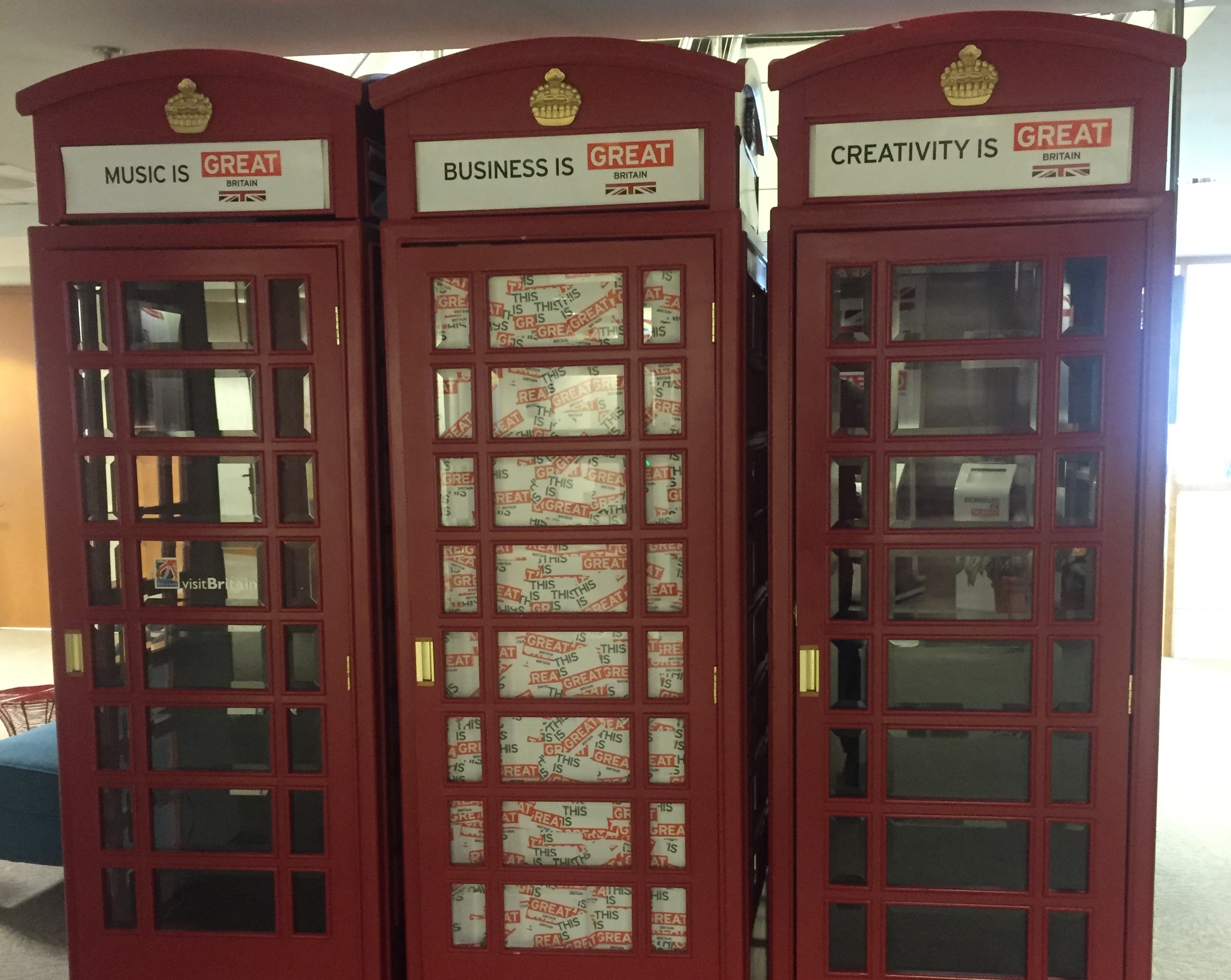 While the second day of the trade mission was mostly about the NY NOW trade show, as you can find out by catching up on our days summary, the next stage involved providing the businesses in attendance with valuable advice on setting up a business offering in the US, how to deal with finances and putting in place a supply chain.

The British Consulate and UKTI welcomed us for a morning briefing on the Upper East side of Manhattan, a few blocks from Central Park and the exclusive shops on 5th Avenue. The conversation amongst the trade mission delegation centred on the meetings and leads the ten SMEs had secured so far. All business owners are in search of new contacts to widen their networks and make that move into the US market that little bit easier. From plans to make cold approaches in department stores to pre-arranged meetings with possible buyers and distributors, all were hopeful of progress. Its been fascinating to be surrounded by such determined entrepreneurs, each wanting to make the most of a unique visit to New York. The first portion of the session at the British Consulate involved a Q&A session with Chancellor Moy from Bank of America and John Gordon from USA Corporate Services. Their involvement was about providing an introduction to US banking and how to set up a business in the UK. Conversations Real Business has had with businesses on the trade mission and those displaying at NY NOW backed up the thinking that US buyers will only really want to deal with a British business if it has a US bank account and has product stored in a US warehouse. It comes down to mitigating risk for US buyers.

It was at this point that we were invited into a very useful conversation with US director at UKTI Martin Cook. Since February 2013, Cook has been at the helm of US UKTI activity, providing leadership and direction to the organisations US network and support of growth in trade and investment between the US and UK. UKTI in the US consists of 130 people in nine offices, including cities such as Boston, Miami, San Francisco and Houston. Last year, UKTI helped some 4,000 UK companies in the US. Cook is a big believer that the US market is a big fan of Britains strong design ability, and likes our quirky take on things. However, one of the things that he wishes doesnt happen as much as it does is British businesses being knocked back but not returning to try again. Well be pulling together all of Cooks most useful advice for UK businesses looking to make it big in the US in a specific feature, but he cited companies like Blippar and Crabbies Ginger Beer as ones which have shown the right way of going about it. Crabbies Ginger Beer has now had sales of 18m in the US, and recently sold its one millionth case in the nation. From there it was to a masterclass in launching a product range in the US from expert Jennifer Baniak-Hollands. Having worked on both sides of the Atlantic, she is now helping overseas businesses with a sales agency service. As part of the trade mission, UKTI is hoping to lesson some of the worries travelling companies have. Whether it is getting product to a buyer, setting up an official US operation or ensuring finances are in order, it all seems to be part of the trade mission process. Phil Hobson from Phoenix Logistics spoke to the trade mission about US logistics, warehousing and customers/duties, while NY NOWs Scott Kramer, who is VP show director, gave an introduction to exhibiting. After pounding the floor and meeting most of the British businesses showcasing at NY NOW, Real Business will be publishing a feature analysing why the companies we spoke to chose to exhibit at a trade show and what sage advice each have for anyone considering it. This portion of the trade mission, which is now beginning to draw to a close, is a great example of the expert advice provided to travelling companies. So far, it seems like these kind of sessions serve as the bedrock to activities with company owners then encouraged to head off on their own and forge new connections in the Big Apple. Afternoon interviews with MOJO Skin and Haircare founder Paul Adrian and Josephine Home founder Stephanie Betts showed just how busy the trade mission companies had been. Betts had already had a meeting in upmarket department store Saks Fifth Avenue, which was interested in her luxurious bed linen, and Adrian was excited about a distributor meeting he had lined up.

To make sure we were getting the full US experience, Real Business took a trip to an NBA basketball game in the evening to see the Brooklyn Nets face off against the Detroit Pistons. New York is an exciting and bustling environment, promising much for any business willing to take on the challenge. It’s multicultural composition, much like London, means it is a great fit for a wide variety of companies. Stay tuned for our final part of the trade mission, when we’ll be finding out how some of the businesses have got on and what might be in store next.