As consumers continue to move into an era of ever-increasing ways to share, access and discover information, companies have implicitly acknowledged the need to keep up.

New strategies have been developed to convey and control the company message via the internet. Social media is used as a consumer feedback tool, gleaning insight on opinions shared between third parties. Blogs are a new PR tool and mobile is becoming a legitimate way to advertise to a wider audience.

Companies are attempting to manage how they’re perceived in an environment which the public are far more capable of creating and sharing their own information about. A press release telling stakeholders what to think no longer works; they’ve already shared numerous viewpoints between themselves. No more hiding inconvenient facts. One knowledgeable person can share those facts with the whole world via a link.

At it’s best, people will be sufficiently impressed, and share your message for you. An example is a TechVibes article about Google’s new offices in Toronto. It explains how Google is a fantastic place to work. The internet carries that message directly to any English-speaking programmer with access; no wonder Google attracts top programming talent.

At its worst, reputation management consists of a recruitment department’s Twitter account repeating snippets from the Facebook page. That same page gives you the standard mix of career progression, employee engagement, competitive remuneration, and a challenging work environment. Click “like” if you’re interested in applying. You’ll be encouraged to apply through the blocky company recruitment website where, crucially, you find out there’s nothing special about the pay and the employees haven’t “engaged” with the company since their career last “progressed” many years ago. It lacks energy, vibrancy and credibility. Compare that to Google.

To have any true effect, it’s important to know key stakeholders and tell them how good the company is

My point is that reputation management is often considered an additional function, complimentary to the core business. As long as somebody is managing the Twitter accounts, reputation is being managed. Convince them of the good your business brings to that specific stakeholders environment. Failure to do this can lead to huge ramifications.

No company will better be able to tell you this than British Petroleum (BP). Since the 2010 Deepwater Horizon catastrophe in the Gulf of Mexico, BP has paid $4.5m to settle US criminal charges. The cost incurred by the company through loss during the accident and the subsequent operations to stem the flow of oil added, lead to a $3.7bn loss the year of the spill. Most of these costs were negotiable, not posing a sustained threat to a company with such financial muscle. By the following year, the costs of the spill had been booked and profit returned to the tune of $25.7bn in 2011. BP launched a PR campaign to tell the public about their commitment to the environment and community.

BP failed to understand that telling stakeholders what to think no longer works, no matter how extensive the publicity campaign. I’d hazard a guess that 99 per cent of the shared viewpoints were negative.

Awkward facts can be exposed to the whole world

Hiding facts is no longer an option, as is the case when a US presidential hearing revealed in October 2010, through three successive tests, that the slurry from BP was unstable. If BP had been looking at reputation from the view of wholly convincing stakeholders of its business, they wouldn’t have lied through their teeth. They’d have seen this credibility problem from a mile off.

It became a problem with the US Environmental Protection Agency (EPA), BPs key stakeholder. The EPA announced in November that BP is temporarily prohibited from bidding for all future contracts with the US government, including (but not limited to) new drilling licenses in American territory and provisions for the US Department of Defence. In a market that accounts for 20 per cent of the company’s global daily output of oil and gas, being banned from developing new business operations while watching the competition carve into your future market share can’t be comfortable. That hurts – even for a company with the financial clout of BP.

There are many business leaders who would claim they simply don’t have the financial resources to dedicate to reputation management. As the case of BP shows, it’s not about expenditure. It’s about truthfully convincing staff, clients, providers, industry bodies, media etc. that you’re collaboratively working with them towards a common good that they have defined. When a key stakeholder sees you’re working towards their goals, they’re connected enough with the world to vibrantly and energetically share the good perceptions they have of the company – all it takes is a link.

Matthew Maxwell is currently working in brand and reputation consultancy with Reputation Institute in Madrid, though he regularly returns to the UK to fulfil his duty as a member of the board of trustees for the West Sussex Mediation Service (charity). 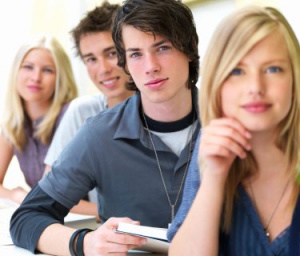 Wage incentive scheme available to all employers of young people 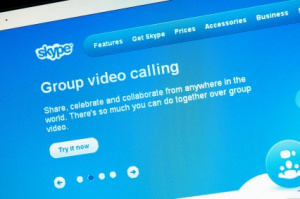 Is management a dying role?