The Supper Club, an exclusive community of founders and CEOs of high growth companies, looked to its members for productivity tips – particularly when it came to the millennial generation. It found that since every business is different, there’s no one-size-fits-all answer. But their methods of choice held similarities, such as a focus on motivation and hiring the right staff.

A clear vision was cited as equally important. The constant reinforcement of corporate values and investment into the overall work environment both boosted motivation. Other members, The Supper Club explained, worked from different areas of the office throughout the month in a bid to connect with everyone.

It also helps to know what factors can lead to demotivation. Jo Geraghty, founder of The Culture Consultancy, is one of the members The Supper Club sought insight from. She suggested that a lack of motivation from the higher ranks filters through to the rest of the team.

“It might not do so straight away but ‘tone from the top’ will always eventually permeate the whole company,” she told Real Business. “You’d be surprised at just how damaging it can be. Those lower down misinterpret the lack of energy as the higher ranks knowing something that they don’t, thereby increasing their anxiety about the company’s future.

“Employees will dis-engage and adopt a ‘wait and see’ approach as to whether it is worth their effort in performing better. Generation Z, in particular, want to be part of an on-going conversation so harness their qualities – adaptability, openness and moral ethics – and let their enthusiasm rub off on everyone.”

Bosses need to understand what staff want in the first place, she said, which involved going out and fostering a conversation.

“At the core of any work relationship is communication,” Geraghty added. “Speak to the individuals who are unmotivated, encourage them to express their concerns – and really listen. Likewise, accountability, entrepreneurship and collaboration motivate many people. Give them the chance and they may surprise you and come up with your next big innovation!”

The report also fleshes out what happens when a member of staff drags down morale. It claimed that finding and letting go of those who didn’t deliver was a key step in improving productivity.

According to Alex Evans, programme director of The Supper Club: “If under-performance isn’t addressed, it can be toxic. It demotivates top performers who will think that management doesn’t know or care, so it can make them look incompetent. Poor managers can have an even more detrimental impact, from recruiting the wrong people to dis-engaging the ones you want to keep. The best advice is to address it as soon as you become aware of it.

“Frequent sickness, lateness and absenteeism are red flags. Some under-performers may look busy and stay late but what are they actually getting done? Do they always seem to have coherent and articulate reasons for not being able to deliver something? If everyone has clear and measurable targets and have monthly reviews, then it should be easier to identify poor performance. Always look at impact and delivery.”

Evans pointed out advice from members who have dealt with under-performers. He claimed it was best to address the matter early on, not only for the individual but for the team as it can demotivate if it looks like poor performance is tolerated.

“Ask the individual if they are happy with their performance and things in general,” Evans said. “Always talk to them privately and confidentially, not in front of the team. Find out if their motivations have changed or why they have lost their drive. People tend to leave managers rather than companies, so could their boss be bullying or neglecting them? Are there challenges in their personal life? The solution could arise from this and potentially highlight more fundamental issues.” 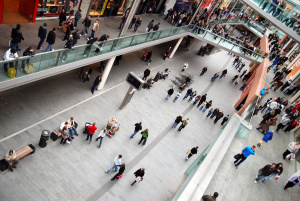 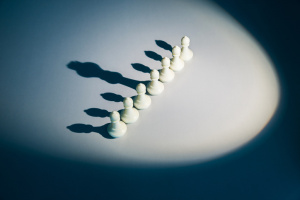