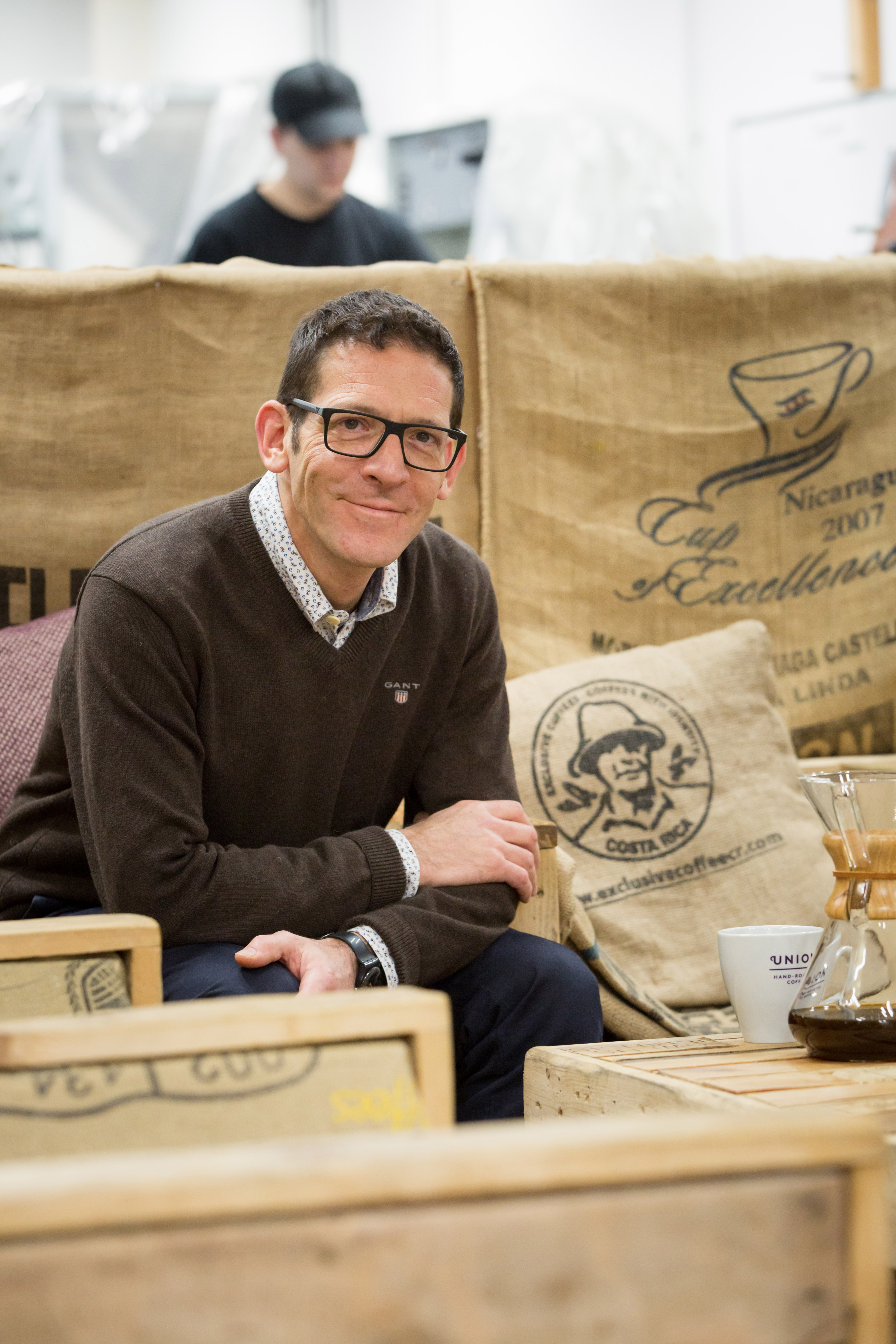 Since founding his company in 2001, Torz has garned enthusiastic fans of his premium-quality beans. All the coffee the company produces achieves an industry-standard rating of above 84 out of 100, and has been showered with awards including Best Artisan Roaster Europe and Most Ethical Brand Europe at the European Coffee Symposium.

In fact, the biggest challenge the business owner faces today is holding back so as not to overwhelm potential customers. The way we work, weve become what people call incredibly story-rich as a business, and we have a desire to sort of tell you everything on the first date, when really we need to take a more measured approach,” he explained when we spoke to him at the London Coffee Festival. Torzs passion for high quality coffee is certainly something the firms co-founder has no problem getting across. Prior to the interview he expertly narrated a demonstration of his firms hand-roasting process, explaining to the captivated audience that it takes 18 months to fully train someone to expertly turn green coffee beans into the chocolate-coloured ingredient we associate with the drink. Yet away from the enclave of enthusiasts inside the festival, communicating this message hasnt always been easy, especially in the early days of the company. I call Union a boutique coffee roaster, but were not just looking at this niche of geeky coffee enthusiasts the key thing has always been bringing this kind of coffee excitement to the wider community,” he said. When we started, it was really hard to have that sort of conversation. We were the first people in the UK to actually show pictures of the farmers on the front of the pack.

Today theyre getting it but theres still more work to do there are times when we will be pitching for particular piece of business and sometimes our face doesnt fit because were offering too high a quality and price. Even within the community of people who are very tuned in to fair trade or ethical trading, many still expect something at a discount price. There is no doubt that demand for premium coffee is growing. Worldwide, retail prices of speciality coffee beans surpassed $20 per pound in 2015 and in the UK, single-serve coffee pods were one of Marchs additions to the list of products used by the Office for National Statistics to calculate inflation. But, according to Torz, consumers are still struggling to differentiate between hyped-up mass market beans and the good stuff. Unfortunately, there are still a lot of companies in the coffee world trading commodity level product with a speciality name and price tag and then subsiding all of their other more difficult business with that volume,” he said. “We dont do that all of the coffee that we work with is of a particular high quality, and we dont cross-subsidise it with more cost effective lines. Sometimes it’s a struggle to get across to consumers where the extra value is.

Yet while this lack of awareness sounds frustrating, it is clearly not something Torz loses sleep over, such is his enthusiasm for the product itself. We avoid the temptation to dumb it down because, at the end of the day, Im just a huge believer that if you build it, they will come,” he explained. We try and focus on increasing understanding instead. If people want to find out more about things, we have the answers within the business. As well as educating the British public about coffee, Union Hand-Roasted has also played an important role in improving the capabilities of the workforce in the areas where it sources beans from. The company was the first British firm to see the potential of coffee from Rwanda when it was recovering from a civil war in the early 2000s. The country produces fantastic coffee now, but it took us three or four years to train people there to understand what our market wants, the quality they need to produce, and critically, how to taste for that and understand it,” said Torz In the early days of his company, this meant a lot of visits abroad. We were travelling 12 to 15 weeks a year, spending a lot of money on travel that other small business owners might not choose to do,” he explained. But we knew it was going to be important in the long term, it was part of our key foundation. Today, because of the work that weve done, the standard of the harvest is better, so it needs less technical intervention after,” Torz added. Indeed, the relationship-building paid of for the Rwandan economy as well as for Union. Today, specialty coffee accounts for 60 per cent of Rwandas foreign exchange earnings and the company is employing international development graduates to help them repeat the feat in Central America. But in spite of this, he seemed keen to downplay the role of the company in effecting sustainable change insisting that it is merely an inevitable positive side-effect of his focus on quality.

I think it’s interesting that people see us as an ethical brand. Thats certainly what underpins us. But fundamentally, all of these issues that we cover in the supply chain, the ethics and sustainability, all feed back to the quality of the coffee that were able to source,” he said. At the same time, it is clear that the ethical business communication is an issue close to the Union founders heart. In this country I think we are really good at spotting trends, marketing and packaging them, but not always so good at delivering on the substance,” explained Torz. Yet I genuinely believe that if you over promise and under deliver, people find you out in time, and it destroys that unique point that got you off the ground or got you started in the first place. In this respect, Union is among the growing ranks of firms with a mission that goes beyond just providing a sustainable product, representing a more holistic approach to good business. B Lab an organisation leading the movement by accrediting shining examples of these businesses defines such companies as those which meet rigorous standards of social and environmental performance, accountability, and transparency . For Torz, this business philosophy was inspired by an epiphany moment when Torz was introduced to Ben & Jerrys while living in the US in the 1990s. They were making the best ice cream out there, so we made it a mission to go and meet Ben Cohen and Jerry Greenfield. They showed us their factory in Vermont, and really inspired us. They were the first people to say to us: business has a responsibility. It is this mentality that Unions co-founder is now keen to pass on to the next generation of game-changing scale ups. Many people start businesses out of a passion, out of a desire to do something well, but over the years those things get eroded for the profit margin,” he said. Its vital to make sure that as your business grows, it grows into something you can be proud of.