On the other side of the coin with winter looming, and the TUC fanning the flames for more public sector strikes next month, it is hardly surprising that the Government is working on continually reducing their power, in particular reducing the power of the more militant by a planned 50 per cent turnout on strike ballots and planned codes of practice for picketing having a legal framework. The details aren’t clear but any reduction in their power is enough to put it high on the agenda for the TUC conference this weekend.

But it will come 2nd to their vote winning theme of Britain Needs a Pay Rise. Pay rises have been capped at 1 per cent and people are feeling the pinch. The unions seem temporarily back to working hand in glove with Labour with their plans to raise the minimum wage and outlaw the zero-hours contracts that over half big British companies are now forced to rely on for economic survival. As usual, arguments on both sides have more of an eye on the votes than presenting whole pictures.

The Bank of England MPC has voted again to hold interest rates. The ever vigilant Bank is looking to balance the positives of the forecast economic growth in the 2nd half of the year, with anti-inflationary pressure and controlled interest rate rises which all sounds suitably wise when couched in the right way.

If the Bank of England spelt out a little more crassly that as long as businesses have a supply of people willing to work at lower pay, business will hold wages, which fits with them holding inflation, it wouldn’t sound quite so savoury.

It would be easy to interpret as the rich and/or the Government taking advantage of the under-privileged and equally simple to understand how easy it is to whip up an us-and-them hatred in this country.

Businesses are doing what they can to survive. The truth is that there are a lot of people out of work still and very little money in many of Britain’s businesses which have sorely lacked investment for too long.

The unions on the other hand do not spell out the facts that raising wages will lead to higher unemployment again. That wouldn’t sound such a vote winner either.

So we have a public stage filled with orators whipping the public unrest higher and higher in an already over tense country with a carefully selected group of facts that hide three quarters of both pictures. This will be played out over the coming months with a proportion of the public thinking it is not their problem and the rest hating the government and business owners who are immediately aligned with the government in this economic battle.

And the truth for British small businesses is that we are still fighting our way out of a recession that huge numbers of businesses failed to survive. Many more of us will go before economic recovery is complete. With the skills shortage in this country, some of the skilled professions have yet to hear of problems with pay rises. They can command what they want – but doing so is one more nail in our businesses’ coffins.

There is quite simply nothing left in many of the coffers having survived the recession. Should we ignore the facts and give the pay rises many of us would genuinely like to before we have the money to do so, all our employees will be out of work in a very short space of time. The unions will still call this a victory – and no doubt many of those then sitting in the benefit offices will still be blaming the bosses.

As long as the unions fan the “us and them” hatred in this country, businesses will struggle. SME’s need to work with their workforce without the incited hatred. 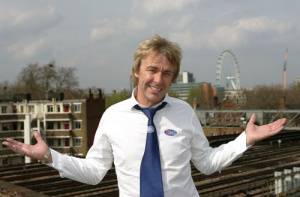 Don’t forget to prepare for the forthcoming minimum wage hike