We all need to get away from the stress of work and unwind before we reach the dreaded burnout stage. This isn’t the preserve of staff – entrepreneurs and bosses need to have some fun too. To discover this side of business, we canvassed the nation to find out what the most unique hobbies were.

A series of articles on Real Business will be dedicated to those unique hobbies – and the first to be featured is a former DJ changing the lives of students worldwide.

Having travelled to the US to study, Rashid Ajami found it difficult to connect with like-minded students. Some two years after graduating, his desire to ensure others didn’t have the same experience couldn’t be forgotten – and the concept transformed into online platform Campus Society. Creating communities and collaborating with others on subject material are but two ways the platform can be used.

It may, at first glance, look similar to the initial version of Facebook. There’s a reason why though. According to Ajami, and co-founder Oliver Muller, no platform has enabled students to share knowledge on both a local and global scale. “It’s why we like the service Facebook started out with,” Ajami detailed in a previous interview. “The giant initially targeted universities, but then changed direction. We are trying to go back to that model, because we see a lot of value in it.”

But aside from his 2017 focus of growing the platform – it already has over 250,000 registered users – Ajami boasts a hobby he is well-known for. He is no stranger to the underground music scene, having been a deep house producer and DJ in London before taking up the mantle of CEO full time. It by no means suggests, however, that his love for music has been stashed away for good.

“I’ve always been interested in music, it was a childhood passion,” he explained. “A key part of it was being fascinated in how developments in technology allow people to create music. At university, I was a DJ in my spare time and my music career simply grew from there. I found it a great way to meet new people, network and a chance to be creative – some important business skills.

“It’s something I enjoy hugely, so was grateful for the chance to turn it into a career before starting my business – where my ultimate ambitions lie.”

Just a few of his tracks include Night Prayer, created with JAW, and Rule The World – both of which can be found below.

Check out our other hobbies-focused features:

His music, Ajami explained, was featured by numerous labels, including Anjunadeep, Kittball and Armada. But getting creative with sound isn’t the only way to combat stress.

He claimed: “Practising mindfulness is a recent thing for me. The interest came from the intense pressure of running a startup, which is of course part of the territory, but I wanted to make sure I was enjoying what I was doing.

“There and then I made a conscious decision to practise mindfulness, which has been extremely helpful. Having dedicated time to practise and read a lot about it, I feel much less overcome by worries and anxieties of my  day-to-day”.

His emphasis on mindfulness echoes the sentiments of Arianna Huffington, Richard Branson and Steve Jobs – all of which maintained it gave them a competitive edge. And he’s not the only one to respond to Real Business’ call for unique hobbies either. Up next is one company that has both its co-founders passionate about something other than work. 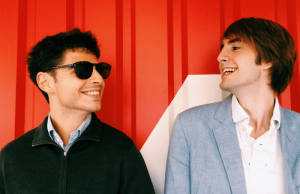 When a street photographer and mixologist start a business together

How businesses should approach a hyperlink in contracts