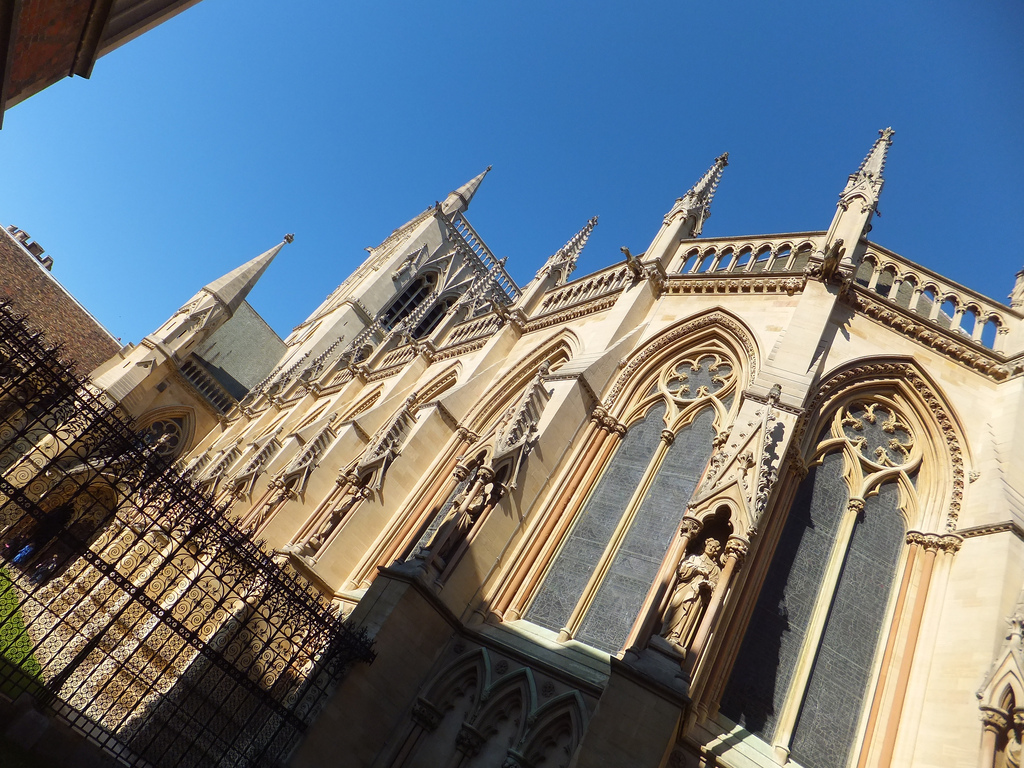 Share via
Let’s face it, the business world is changing at a rapid pace and it’s safe to say our education is struggling to keep up. Take, for example, that it only took 18 months for the smartphone to trump the laptop – and become a device we’re now permanently glued to. Similarly, it only took 18 hours for the Chinese stock market to impact the entire globe. Note, however, that university students still pen essays in the digital – and dare we say colloquial – era, and learn how to imitate the prose of Shakespeare instead of being taught how to write software code. It is against this backdrop that the UK is encouraging young people to attend university, giving rise to a shortage in skills. The Office of National Statistics claimed the UK had the fifth highest level of skills mismatch out of the 24 countries it studied – with one in six graduates accepting jobs at coffee shops as they couldn’t find work. This is in large part due to universities churning out graduates faster than businesses can create jobs – so they say. But even if there was sufficient openings in the workforce, employers don’t seem all that convinced they would be employable. This was highlighted in an Organisation for Economic Cooperation and Development (OECD) report, maintaining that bosses felt students had failed to learn the basic skill requirements – leading to the prevailing thought that “young people would be better off taking further education courses than studying for a degree”. To add further fuel to the fire, it even claimed young people in Britain had lower levels of skills than the previous generation – and the world has taken notice. The Times Higher Education (THE) reputation rankings, based on reputation and perceived status, as well as the opinions of an international panel of academics, reflects that. While the UK is known to have ten universities in the top 100, many slipped down the rankings in 2016. Sure, rankings are not the be all and end all, and universities are integral to local communities regardless of performance, but if we weren’t already concerned about our education system then now we should be – and there’s a simple reason why. No matter the cost, size or location of a university across the globe, a ranking system can make or break an institute, as well as change the perception of a nation’s workforce. This is because rankings are a competitive business and their influence is growing – coming hand-in-hand with the consumer’s recent penchant for reviewing products before investing in it. In an increasingly globalised market, the UK will need to think fast as the nation’s university education is losing its holy grail appeal. With the ease of travel and the the rise in flexible working, British universities need to appeal to those looking to study and work overseas – meaning that burying our heads in the sand and waiting for bad news to pass is no longer viable. Action needs to be taken in order to regain whatever reputation we seem to have lost. The skills gap, or even our doubt of whether a degree is truly needed, is nothing new, hence the increased government emphasis on creating quality apprenticeships. However, it has long brought overseas talent to the UK, and has given bosses near and far an opportunity to develop their staff. And with England degree debt being the highest in any English speaking country, we’ll start to see a sharp decline if we can’t ensure students are getting bang for their buck. With numerous business schools across the globe exceeding each other in reputation and pedigree, picking one can be daunting. We had a look at the top ten or is university waste of time ? By Shané Schutte</a ></em ></p >