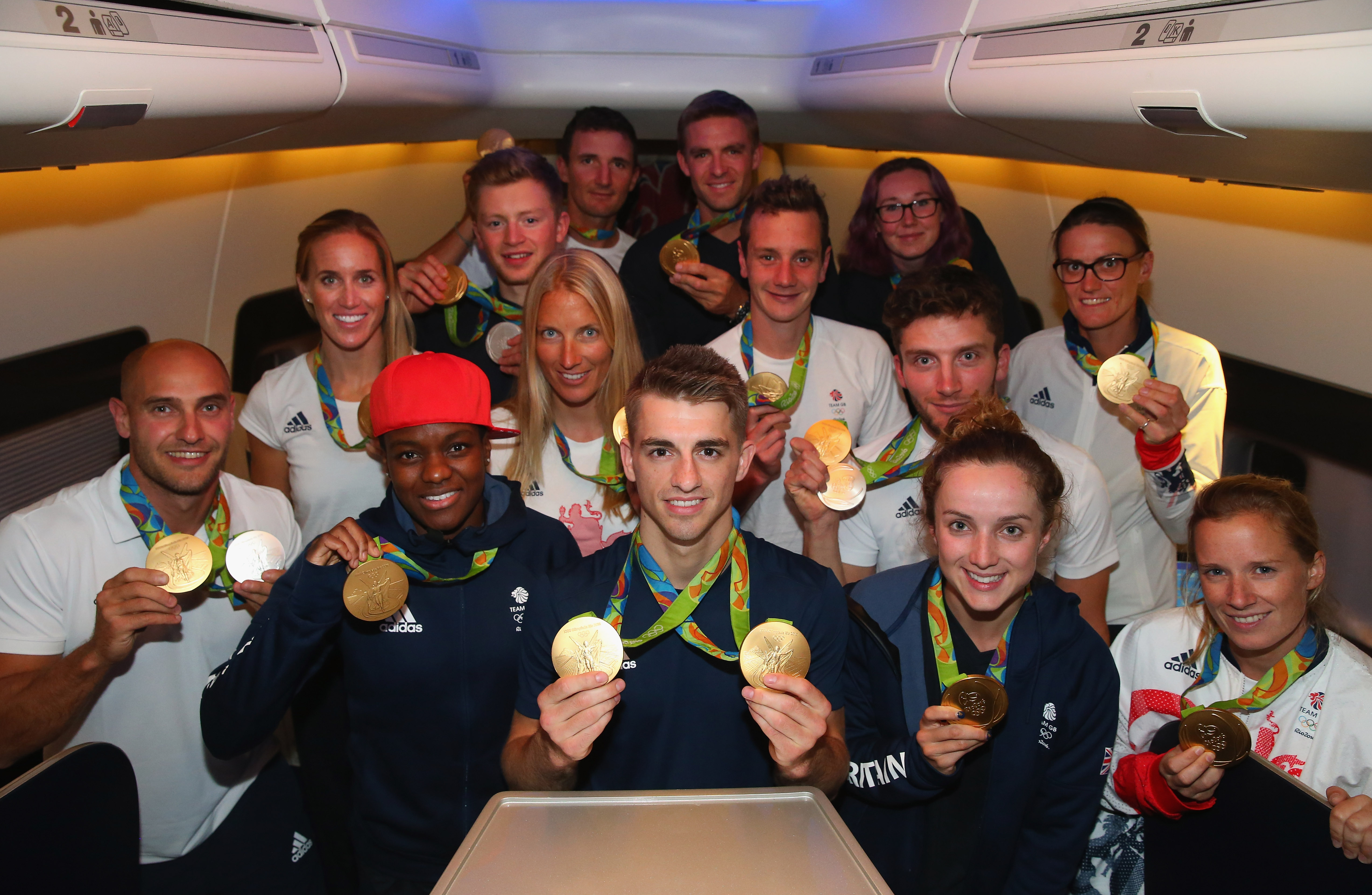 It’s been everywhere, so you’re probably up to speed Great Britain’s accomplishments during the Olympics. But just in case, we placed second behind the USA with a score of 27 gold medals, 23 silver and 17 bronze, coming ahead of China in third place.

The achievement is bigger than that which took place during London 2012, according to Mark England, Team GB’s chef de mission. “The collective team effort has been outstanding, we have had so many firsts, so many greatest ever performances,” he said. “We are in that powerhouse bracket now and going into Tokyo will be really tough, but we are confident.” Across the country, Brits everywhere sounded off their support of Team GB throughout the tournament, while the arrival of the athletes back on home soil on Tuesday 23 August saw #greattobeBAck trending on Twitter as the victors flew back with British Airways – obviously.

Wanting to be part of the celebrations, Metro Bank has made a rather unique proposal for all of Team GB’s 2016 medal winners – free safe deposit boxes. Banks aren’t generally known to be too colourful with their announcements – although their adverts are generally rather impressive – but challenger bank is showing off its disruptive nature by welcoming the champions with open arms. Open 362 days a year, the bank is offering the Olympians safe deposit boxes for medal storage to keep them from harm. Metro Bank is contacting each medallist individually to make the proposition known. “We are extremely proud of our incredible Team GB who have done us all proud at Rio this year, and I’d like to congratulate each of the participants,” said Iain Kirkpatrick, MD of retail banking at Metro Bank. “It’s a hard-earned dream come true to compete at the Olympics, and to show our support we are offering complimentary safe deposit boxes to all medallists. We hope that the gift will serve as a reminder to all the winners just how proud Britain is of Team GB.”

Of course, Rio, which is known for being party central, isn’t the only place where colourful merrymaking on a grand scale takes place. That’s right, the UK has its very own fiesta take place during the final weekend of August on Sunday 28 and Monday 29 with Notting Hill Carnival.

Making the most of the festivities is none other than Tesco. I know what you’re thinking – how does the place where you get your weekly shop or lunchtime meal deal plan to meet your hip-shaking needs? The answer is simple – with Caribbean beach parties, of course! Six stores on the carnival route, including Notting Hill Gate and Portabello Road have been adorned in bright colours, palm trees and signs to create the atmosphere. And on Saturday 20, the two aforementioned Metro shops had performances from the Ebony Steelband group to get shoppers into the party spirit. Face painting and balloons were also present. The stores also had samples of tropical punches and snacks including fruit skewers and plantain crisps. Tesco has made the most of the occasion by reducing the price of items in its Caribbean range, with items including larger, rice and soft drinks getting sliced by the cost-cutting axe.

We’re supporting @tLNHCarnival this weekend, and our West London stores have been given a colourful make-over pic.twitter.com/XP4z31qyP0

This is a fine example of how to capitalise on a social trend, one that the local SME can even adopt as themed T-shirts and a bit of bunting can be done without eye-watering expenses, with rewards to be reaped in the process. Even if you’re not a local firm or you’re of the larger variety, you can show off some personality and embrace moments like this with team pictures on social media, or topical (or should that be tropical) newsletters etc. Martin Smith, Tesco London convenience director, explained: “We’re absolutely delighted to be supporting this year’s Notting Hill Carnival and were thrilled to host our very own Caribbean beach party in two of our local stores. “The festival is such a vibrant and unique London event and we’ve made sure our stores near the parade have everything Carnival-goers need, from rum cocktails to plantain crisps. Stores across London will also be getting into the spirit with amazing Caribbean products and promotions.”

Despite being a large corporate firm, Tesco has an eye for the quirky – as proven when it delivered the best ever customer service effort over Christmas.