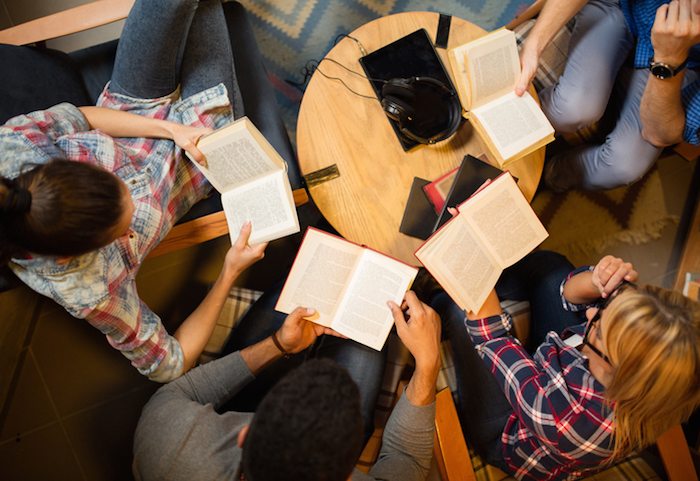 Share via
What if?nobody wanted new tech, nobody asked for it, and most people agree that we?d be better off without it?

Well, this could be the case. The younger generation that technology should (and maybe, for a while, did) captivate is proactively resisting its pull, as?millennials?and Generation Z invest instead in tangible products and experiences that will endure.

As out-of-touch adults have been expressing concern that they are losing their children to technology, those children have been busy wising up to downsides and inadequacies of new tech, and rendering them irrelevant by finding greater meaning in the real world.

Social media detoxes and general disinterest in the latest developments are becoming the norm, as people search for satisfaction elsewhere.

The millennial mindset became clear with the launch of e-books, which despite their popularity were (and still are) decried by many for depriving readers of the enjoyment that comes from handling, treasuring, and sharing the physical product.

The recent rise of physical books, which many said were over forever, is testament to that. It is even more revealing that vinyl record sales outperformed digital downloads in 2016 for the first time, and earlier this year Forbes reported a 53 per cent surge in demand for vinyl LPs.

Unbelievably, it seems that a generation so defined by online?sociability is more socially conscious in real life than their elders. Young people have been brought up in a world of fake news, global warming, character limits and virtual reality.

They know what is going on on this planet because they have unprecedented access to a digital world that plays host to millions of opinions, discussions and debates every day. But they also have parents that used to have to walk to the end of the road to use a phone, and family albums of photos shot on fuzzy film cameras.

Young people are harnessing the social awareness technology provides, and using this to curate meaningful lives offline that are characterised by old-fashioned experiences and longevity, rather than materialism and instant gratification. They are reclaiming control and making a serious statement to new tech.

Recently, the Telegraph hailed fake news as the reason for a resurgence in the popularity of print media because something in its longevity creates accountability and trust. If honesty and authenticity are becoming the buzzwords for the millennial mindset, what does this mean for the increasingly “unreal” developments in new tech?

Virtual reality, intelligent personal assistants, and even cloud storage, are taking the power, the product and the experience away from consumers, and handing it to the?tech?in a way that social behaviour suggests we do not want. If we’re building new tech, we have to make sure it’s adding value in a way that people want and need.?

The trend is understandable. It?s the classic “if it ain?t broke don?t fix it” argument. In a world plagued by conflict, climate change and political uncertainty, why invest in more uncertainty? People want to be able to hold onto something simple, tangible and?real?? be it a book, a photo, or the lasting memory of a weekend away with friends.

Tech?will continue to revolutionise how we live our lives, and developers and innovators will continue to develop and innovate. What is important is that these industry leaders take note of the millennial market?s values. Young people are more switched on and plugged in than ever before, but can (and do) unplug whenever they wish.

If the industry doesn?t reflect on this, it could entirely lose grip on the young minds that possess the power to define its future. We must build?tech?that supports and encourages full, engaged lives ? helping, simplifying or entertaining ? lest we risk turning off our audiences altogether.?