It is easy to understate the significance of this managing change process. It is nothing less than a new mode of living for mankind. From the agricultural revolution to the industrial revolution the rate of change has been gradually accelerating, but change was always the exception and the future was broadly predictable.

It meant that for most of the 20th century, business leaders could project forward ten, 20, even 30 years and confidently build strategies based on how they expected the world to look.

The ability to plan, to create long-term strategies, became a prized business skill. In 2017 that skill is no longer relevant.

Now the brakes are off. The wheels of change are now spinning so rapidly that it is all but impossible to predict the future. And yet business leaders still spend weeks carefully planning, creating strategies, preparing their firms for imagined futures which will almost certainly never materialise.

If there is one lesson we can learn from the recent past it is that the future will not be as we imagine it. Three months ago, Jeremy Corbyn was an electoral disaster. Five years ago, people hailed taxis in the street. Ten years ago, a mobile phone was something for calls and texts.

How different will the world of 2027 be from today? What will happen in the next year? Who knows? The point is that it has become harder and harder to predict the pace, nature or direction of managing change. And as a result, we need a new model of business.

The successful businesses of tomorrow will not be those that rely on rigid strategy and planning. They will be more responsive and more fluid. To futureproof a business in today’s environment is to build its ability to react to managing change and to cope with the acceleration of innovation and disruption.

Look at how well Amazon does this. The entire organisation is always in a day one mindset. Its people are adaptable, ready every day to create a new plan and then to deliver it.

This gives it impetus each and every day – in stark contrast to yesterday’s businesses where people focus on their calendar year’s objectives – and it enables the organisation to respond rapidly to new technologies, trends and consumer desires.

The best organisations in today’s world position their people to mobilise as a team, not just as a collection of specialists fighting their own corners. They give them spare capacity – as much as 30 per cent of their time – to tackle the big issues, rethink strategies, and simply respond to the constant process of managing change surrounding them.

The behemoths who sit there carefully planning their imaginary futures will wake up one morning and find a disruptor has seized their market. It is happening today to hotels, traditional taxi drivers, and the FMCG giants. The era of category disruption will not be confined to those few categories.

To counter this challenge the leaders of these businesses need to get out of their three-day strategy workshops, raise their gaze from their spreadsheets, and they need to start reshaping their organisations so that they can respond nimbly and effectively to the market disrupter whenever they appear and wherever they come from.

They must always be in a state of beta. Uber has disrupted the city transport market. Now it is pivoting its business beyond that point. It is using its vast customer base and launching new services like Uber Eats. It is responding.

O2 did this to good effect. It had become so focused on customer acquisition and the targets set out in its five-year strategy that it was ignoring its 30-40 per cent churn. So, we responded. We shifted the focus to retention, and emotional loyalty.

We introduced emotional platforms such as the “random acts of kindness” initiative or the O2 Long Weekend, and created emotional attachments through sponsorship of the O2 Arena. We responded to the business challenge and retention rates improved.

This isn’t about doing away with strategy – it’s about taking a more iterative approach to strategy. Rather than setting a course once and hoping you end up in the right place, stay engaged with direction and make micro-adjustments as you go.

Abandon your annual plans. Make quarterly plans and each time look back at how well you delivered on that plan. Did you optimise? Did you learn? What can we change in the next quarter? Have an over-arching strategy, but keep focussed on it with shorter-term reviews.

Adopting a mindset of unstrategy is challenging for business leaders raised in an era of relative predictability. But in our new mode of living it is essential. 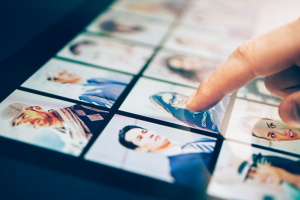 July 2017 economic statistics: All the figures SMEs need to know 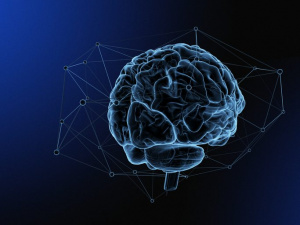 Why AI will never kill your company’s need for crowdtesting