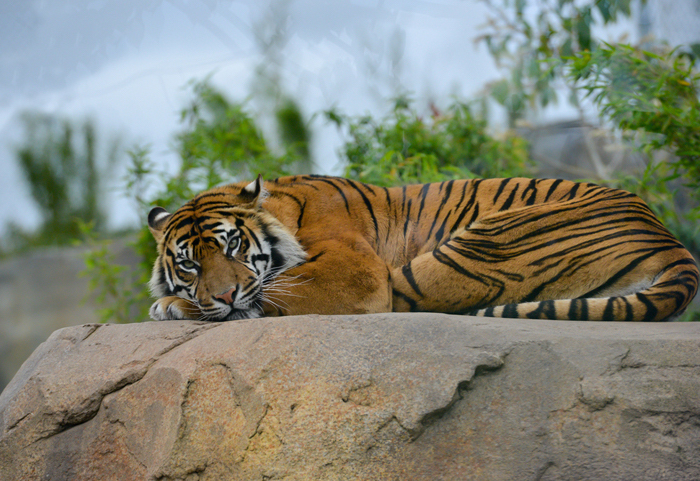 Share via
In today’s economy, branching out from your job to start a business can be a considerable risk. The chance of success or failure is tough to predict – especially if you’re opening a more unusual business. Join Lycetts, specialists in insurance for zoos, as they take a look at what it takes to run a zoo. There are few more unusual business ventures than the practice of buying and owning a zoo – so how and why do people do it? In the UK, there are around 400 zoos – of which 45 per cent are privately owned, 40 per cent operate as charities and 15 per cent are operated by local authorities.

Take Benjamin Mee, a British man who bought a failing zoo for £1.1m in Devon and turned it into a successful venture. From his struggle, there’s a lot to be learned about the cost of actually procuring and running a zoo. It’s reported that Mee was spending £3,000 per week in bills, animal feed and wages. To make this back, he needed at least 60,000 visitors a year – but fortunately it was a success story and the Dartmoor Zoological Park is now a huge attraction and Benjamin’s story was turned into a Hollywood film. But – how typical is his story?

What do you need?

To become a zoo owner, you need a love of animals and considerable investment. First and foremost, you’ll need the money to buy the zoo itself – which will cost anywhere from hundreds of thousands to millions of pounds. A small zoo in Wales named the Animalarium was put up for sale in 2016 for £650,000, which included over 12 acres of land and 300 animal species. You’ll need a licence from your local authority, or the local authority has the power to close your zoo down and issue fines. As for running costs for this unusual business – energy and feed costs can differ depending on the size of the zoo. As an example, the UK’s Paradise Wildlife Park reported it costs £8,500 per day to run the zoo. That’s roughly £3.1m per year. You’ll also want specialist zoo insurance to avoid heavy fines and legal issues associated with the tricky undertaking.

What staff will you need?

Being the owner of a zoo doesn’t mean you have the special skills needed to care for the animals you’ve purchased. You’ll need zookeepers, whose salary ranges from £13,000 up to around £29,000 for experienced team leaders. You’ll need caretakers, ticket sellers and other personnel such as cleaning and catering staff to make the most of your business, who you’ll most likely pay between £14,000 and 18,000 per year depending on experience.

Zoo owners must protect their animals, feed them and design suitable enclosures. In the UK, zoos are subject to the following rules as a result of the Zoo Licensing Act 1981, which defines a zoo as “an establishment where wild animals are kept for exhibition to the public otherwise than for the purposes of a circus and otherwise than in a pet shop”/ Zoos will also be subject to regular inspections by the local authority. Fines can be issued against you if standards aren’t maintained. South Lakes Zoo in Cumbria was fined a total of £255,000 for contravening health and safety laws when a Sumatran tiger mauled a zookeeper to death.

Procuring animals for your zoo

An unusual business like a zoo is subject to some tricky rules when it comes to owning animals. Since the 1970s, zoos have not purchased or actively brought in animals from the wild. Instead, animals are either bred in captivity or traded between zoos. Occasionally, some are rescued from the wild and housed in zoos. In short: you won’t pay a penny to actually get animals into your zoo, but you’ll pay to feed and maintain them.

A zoo is ultimately more focused on wildlife conservation than it is on profit. Still, with 45 per cent of zoos under private ownership, revenue is clearly a factor. Roughly 90 per cent of the total revenue for a zoo comes from gate fees. Chester Zoo is the UK’s most popular, managing 1,694,115 visits in 2015. Ticket prices vary depending on dates and age, but an average figure of £16.50 a ticket means the Zoo earned an approximate £27.95m in gate fees alone. Exempting Chester Zoo for its popularity, many zoo owners aren’t really in it for the money, but over the years profit can pick up. The Paradise Wildlife Park mentioned earlier was bought for £100,000 in 1984 – but is now valued at £5m and welcomes 200,000 visitors a year. Not bad for a passion project.