Free trade deals have been discussed on the world stage for a long time – this is not a new idea. The potential benefits are huge. Tariff-free international trade would speed up technological development and boost market demand.

This would, in turn, create a more stable economy in countries which have signed up to operate under this model. Without tariff barriers in place, trade between participating countries would increase.

This would be especially beneficial to SMEs, as it would provide them with an easier way to join the international market.

If this came to fruition, we would see a booming, more open economy in participating countries.

The talks between Jean-Claude Juncker and Donald Trump have set a new precedent for tariff-free trade talks with both parties. This could prove to be a real opportunity for Theresa May to join the conversation and help secure future trade deals for the UK.

The EU and US are the UK’s most important trading partners by a significant margin. Setting up new tariff-free trade deals with both parties would establish a safe zone for the UK and help to recover the UK’s economic expectations post-Brexit.

Tariff-free trade would also set an example for future negotiations towards a fairer and better market.

For example, when dealing with Pan-Asia and Latin American countries, having free trade deals already in place with the EU and the US would provide a foundation for the UK government to take a new stand on trade and negotiate tariff-free deals with these countries.

However, we have to treat US-EU trade talks with a healthy note of caution. It’s possible to look upon the talks as a contrary measure only taken due to the US’s ongoing trade war with China.

The EU has agreed to buy billions of dollars’ worth of US import goods, including soya beans and natural gas, while there has been no such promise from the counterparty. These are products that the US benefitted from exporting to China prior to the trade war.

The intention of the free trade deal is to reach a fair and stable trade circle that benefits both sides in the long term. As the situation currently presents itself, it is too early to determine the true essence of this deal or predict the ripple effect it might have across the rest of the globe.

A free-trade future sounds bright. Yet one always has to be careful, on the back of a deal, to see through the good to the bad that might come hand in hand with it.

Siddharth Shankar is a leading expert in trading and CEO of Tails Trading, an innovative new solution helping UK SMEs to export their goods to Asia. 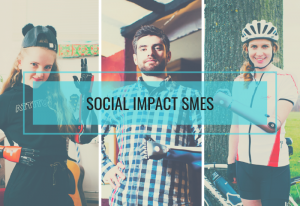