As an inventor who has many patents, it’s impossible to over-stress the importance of patenting your work, or your intellectual property to use industry terminology.

Make a mistake at this stage and the idea – and all the hard work involved with development and manufacturing – is potentially wasted if the concept isn’t adequately protected. You could be doing all that work for someone else to benefit.

To that end, the costs associated with patenting should be front and centre in any invention’s budget. I would advise any first-time inventors to keep things simple the first time around, so that you can focus on every aspect of getting your idea patented, and eventually sold. Here are some simple steps.

What you can patent

A patent can be granted on something that is new, that can be made or used. The item must be inventive in terms of it being an improvement on something that already exists. To that end, you can use a patent to protect your invention.

Having a patent gives you the right to take legal action against anyone who makes, uses, sells or imports it without your permission.

Anyone who decides to enter the patenting process should take it as seriously as starting a business or taking out a mortgage. It is not something you should go into half-heartedly. Unless you’ve got cash to burn, this isn’t the time or place to go chasing vague, poorly researched hunches.

With that in mind, entering the patent process should really be your first building block in creating an invention driven business. Most people assume that the high incidences of launch failure are due to poor products. That’s not entirely the case. More products fail because of marketing shortcomings or cash flow calamities.

Because of the costs of important parts of the business such as patenting, many businesses run out of money before they’re even off the ground.

That’s a tragedy that can easily be avoided if you go into the whole exercise with a very methodical business mind. After all, if you’re smart enough to come up with a good product, you’re certainly smart enough to put the foundations of a sound business in place too. You must make that transition from lone inventor to business owner smoothly.

When I entered the invention world back in 1998, I knew that I had a year to try and sell some of my products, otherwise I wouldn’t be able to afford to take out international patents to protect them. The clock was ticking and I needed to react.

Brace yourself though. Just like taking out a mortgage, your decision to navigate the patent process will cost you a significant amount of money – especially if you do it professionally by using a patent attorney.

Fees start anywhere from £3,000 up to £6,000 in the initial UK filing stage, and thousands of pounds more if you take up the PCT (international) option after 12 months (whereby you choose specific countries where you want your patent to have effect).

In fact, you could easily end up paying more in patent fees than the average mortgage repayment, but this cost should be manageable as long as you are clawing back enough profit from your invention to cover them.

As soon as I had officially filed for my first patent, I started selling my prototypes and first production devices, long before I received my patent attorney’s invoice. And by the time I needed to choose the countries I would extend my patent application into, I had already sold 200 of my Tri-Creasers. I had made more than enough money to cover the patenting cost.

I know that some inventors file their own patents, cutting out the patent attorney or agent, and doing it this way can be substantially cheaper. However, in my case, I didn’t feel confident enough to carry this through, and the possibility of leaving a loophole for someone to exploit was a huge concern for me.

Instead, I decided to focus on finding professionals to help me make the patent water-tight, while I focused on getting some products out into the market. It worked for me and it can work for you too.

Graham Harris is founder and managing director of Tech-ni-Fold Ltd and Creasestream LLP, global leaders in print creasing technology. His invention has saved customers over £8bn to date. His book Against the Grain is available now. 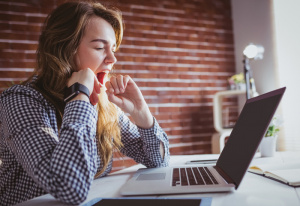 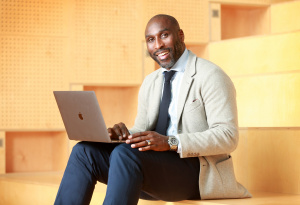