Hiscox research has unveiled statistics about the progress of entrepreneurs, highlighting their rise and suggesting that those at the helm of more than one company are a crafty sort who know when to leave and even create a new brand. Intriguingly, they comprise nearly half of all exporters.

Another strong factor spurring the rising tide of company creators was the promise of a mentor – sought after by 55 per cent of Millennials.

It was further highlighted that it had become easier to turn idea into business, seeing more people stumble into the world of entrepreneurship quite unexpectedly, having had no prior intention of starting up shop.

Jenk Oz, founder of iCoolKid and the UK’s youngest CEO, is one such example. He told Real Business how a want to include friends in his desire to try new activities had led to the creation of his company.

Chris Vincent, who created V4 Wooflooring, was on his way to becoming a Formula One driver, but made the difficult decision to go into the family industry after “it became clear [he] wouldn’t become the next Michael Schumacher.”

Of course, there’s far more to running a business than we normally hear, especially in terms of pivoting a company and boosting ones personal brand, so we enlisted the help of Chris Ducker, the entrepreneur behind one of the world’s most listened-to business podcasts.

Ducker escaped the corporate treadmill himself and set up his own outsourcing business in 2009. He began documenting his transition from employee to entrepreneur in a blog, which now receives 100,000 visitors a month.

What he broadcasts extensively about though is how entrepreneurs can make the best of their existing skills – and personality – to succeed.

His message is that for young businesses, being different is often better than being better than your rivals; and the entrepreneurs most likely to succeed are those who truly stand out.

View the video below to see his essential tips on how you can use your personality to boost both your brand and bottom line. 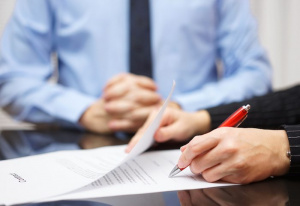 How to protect your business should something suddenly happen to you

Dyson is emerging as a major disruptor in the car industry