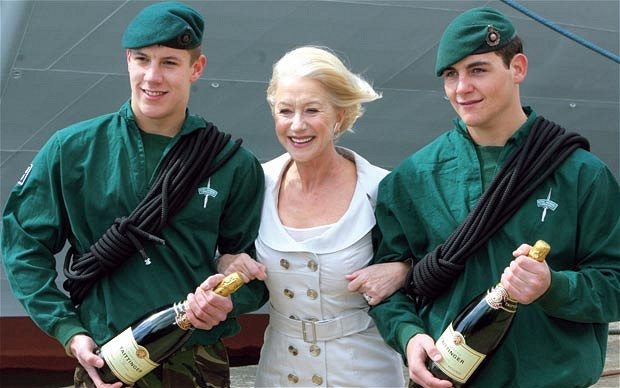 Celebrity association can mean many things from a fleeting appearance in public wearing or using a product, to a launch event or a full on back-to-back series of studio interviews.

In terms of blanket coverage, the Oscar winning Helen Mirren was probably the most successful celebrity we have ever worked with at Shout! Communications. She was used by our client P & O Cruises as the godmother, for the naming of a new cruise ship. Every national TV channel wanted her, including BBC 1’s The One Show, which did its first ever Outside Broadcast from the ship, in order to accommodate an interview with the Dame. The radio schedule was jammed to the extent we had to take bids before choosing what we felt were the best opportunities. Sometimes, however, budget and circumstances dictate you have to be more creative! Reality stars, Dragons, Apprentices and X-factor wannabees can all do really well on broadcast, across television, radio and online. But not any name will do. Whether they are A list or Z list, they still have to be RELEVANT to the campaign. Broadcasters aren’t stupid – they know you’re using the celebrity to push a product and in order to let that happen they’ll want the spokesperson to demonstrate a genuine interest and enthusiasm for the story or campaign they’re promoting. Securing the coverage is one thing, what your celebrity spokesperson DOES with the opportunity is another. Of course, celebrities are used to being interviewed and whilst they probably don’t need media training they may still need some coaching in terms of understanding a campaign’s key messages. After all, they’re not just there to promote themselves! To get a brand mention and communicate a key message is the definition of a successful broadcast interview. Too little branding and you’re throwing your money away, too much branding and you risk a broadcaster’s wrath. In an ideal world you want a celebrity with a current profile, but one who is making headlines for the right reasons. Being captured by the paparazzi in a drunken stupor is not an image most brands will want to be associated with. Better the celebrity has just celebrated some success or has something to promote. Of course, the celebrity’s professional and personal activities are the REAL draw for the broadcaster and we would advocate doing a deal with them; we generally agree the celebrity will talk about themselves, on condition there is at least one question about the story we are promoting and at least one brand mention. A popular celebrity is a great draw but it’s crucial to make sure they’ve not been over-used! Some of the points we’d include in a contract would include: If your campaign budget doesn’t stretch to a celebrity you might want to consider a non-celeb third party spokesperson instead. Psychologists, life coaches and academics all fall into this category and work equally well in making a story seem less commercial in the eyes of a broadcaster. Keren Haynes is co-managing director of Shout! Communications.