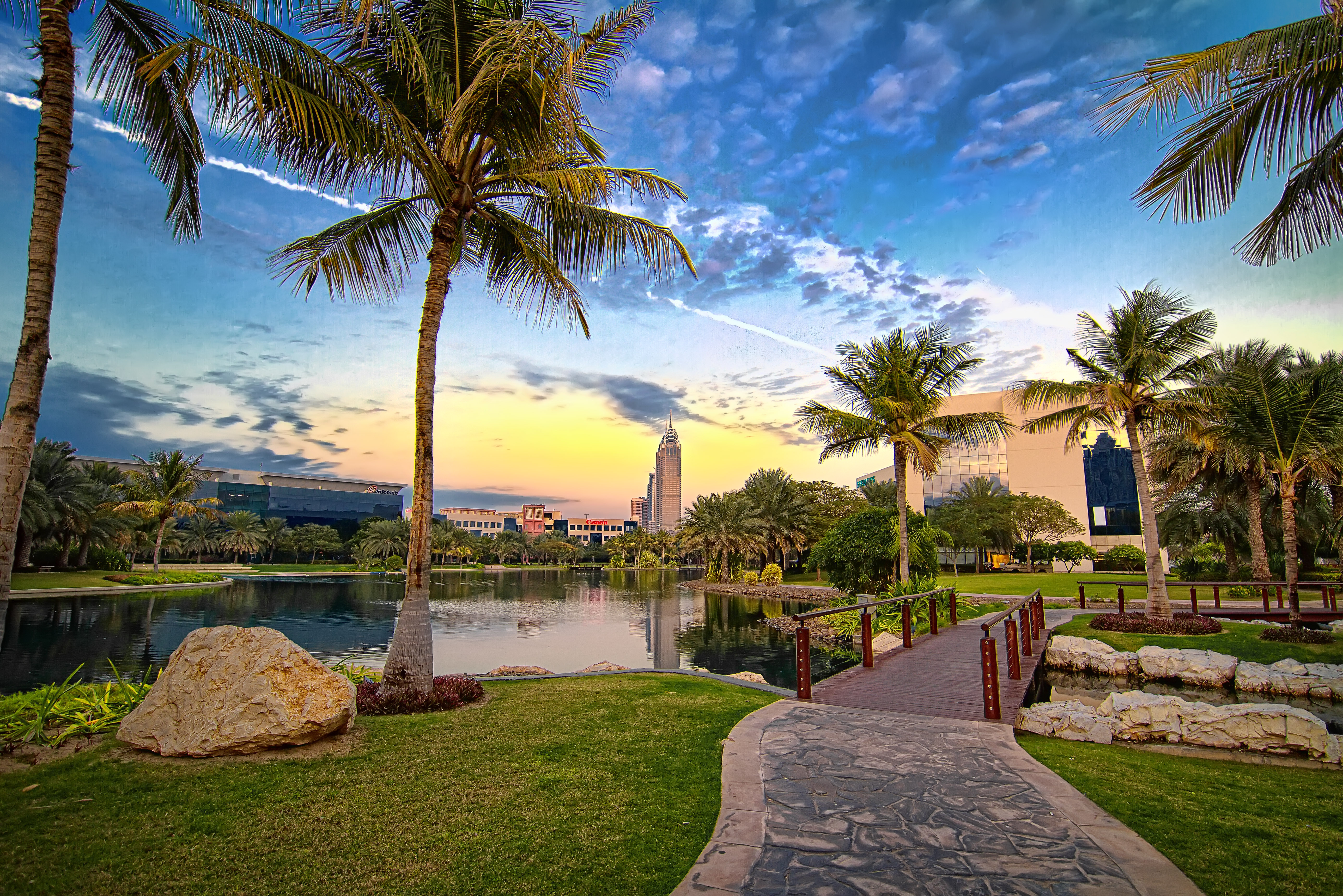 Official figures suggest that the Dubai economy is blossoming, with GDP growing at 5 per cent and the hosting of EXPO 2020 set to bring in considerable new trade and investment opportunities.

Dubai international airport is now the best for international passenger traffic, with 18 million flocking through its arrival and departure lounges in the first quarter of 2014. The World Bank and International Finance Corporation believe the UAE is in the top ten most improved economies – the only member from the Middle East in the top 25.

However, what may surprise you is that Dubai itself began with attempts to shorn its oil drum reputation two decades ago, moving towards a position where it would have specialised economic zones to help develop specific industries.

So what is our interest in this, an economy that is 4,000 miles away and seemingly further when it comes to history, culture and business? A visit from Majed Al Suwaidi, managing director for Dubai Internet City and Dubai Outsource Zone, to London gave Real Business a chance to find out how Dubai is placing its future in the hands of entrepreneurs and the blue chip technology companies many hope they will run one day.

Dubai Internet City and Dubai Outsource Zone come under the remit of TECOM Investments, itself a member of Dubai Holding, and a developer and operator of industry-focused business parks.

The tope line figures are thus. TECOM has 11 free zone and non-free zone business parks, 4,500 business partners (of which 36 are Fortune 500 firms) and 70,000 “knowledge workers”. The likes of Microsoft, Facebook, Visa and Thompson Reuters have made Dubai a home in some sort of a capacity, occupying part of the 15 million square feet of commercial space that has been developed.

Al Suwaidi says the measure progress is simple: Dubai started with none of these kind of companies and now has 1,600 in Dubai Internet City alone.

“As an industry specific zone it has achieved a lot in the last ten years. It is now entering a new development as part of our initiatives and mandate to develop infrastructure and industries,” he explained.

“We are starting to create entrepreneurial hubs located in our zones where these companies [Facebook, Microsoft, etc] can play major roles. They can give back by supporting and developing a wider base of entrepreneurial actives on the ground.”

Al Suwaidi’s visit to London is part of a fact-finding mission that has taken him from a tour around Tech City to up One Canada Square as a visitor to the Level 39 fintech accelerator. The relationship with London dates back further to when major of London Boris Johnson was joined by Tech City UK chair Joanna Shields on a trip to the city to forge a closer relationship between the two’s technology sectors.

A memorandum of understanding was then signed to cement the collaboration and reflect Dubai Internet City’s leading technology cluster in the region.

Speaking then, Shields, who used to be head of Europe for Facebook, said: “Dubai and London share a common commitment to creating the best place to imagine, start and grow a business. Together we will build a bridge that will enable entrepreneurs and the businesses they crate to grow internationally.”

Going into further detail on his close tie to London, AL Suwaidi explained: “We have learnt a lot from cities around the world. We’ve taken the best scenarios and localised it to the UAE and Dubai – looking at what we can do further on top of that.

“There is lots of London we see as close to what we do. It’s then just a case of engineering it, whether it is policy or other factors.”

When quizzed on whether he sees Dubai as in direct competition with other technology hubs and clusters around the world, he said that it is more a case of “complementing” other cities in the Dubai region. There is no competition with Europe, he added, as hubs there are in a completely different region. But one thing he hopes will come from the development of Dubai and its industry-specific zones is the use by big European businesses as a regional office.

“It’s about those that can compete with different technology businesses around the world. We believe we have the talent and reach, with 230-odd million people living close to Dubai.

“Also, with 1,000 plus companies it shows how much mentoring and expertise is available on the ground. That is a great starting point to develop further in the area.”

Specific initiatives that underpin TECOM Investments’ new strategic focus, unveiled at the beginning of November, include the development of innovation complexes, creative spaces, technology laboratories and smart buildings – alongside the launch of new business incubators and the establishment of a dedicated startup fund to stimulate more innovation.

Funding is one element Al Suwaidi acknowledges needs more work. While unrestrained financial resources have made creating the infrastructure possible, establishing a competitive and extensive investment network cannot be solved by throwing money at it.

“We do have a few venture capital firms and angel investors, and this number is increasing by the day,” he commented. “But trying to bring them all together is an important thing. We have now developed our Innovation Hub which should play as a centre to bring all these different players onto a single platform.”

In the next few years he wants more investors, institutional backers, and people on the ground, and is aiming to attract them from around the world. It is important, he added, to have both overseas venture capital firms and Dubai created funds. It will create better competition, mitigate risk and create a more interesting environment.

The Innovation Hub Al Suwaidi speaks of will focus on innovation across technology, new media, smart education and sciences. As a 1.6 million square foot development, it is said to “directly support” His Highness Sheikh Mohammed Bin Rashid’s “new vision and innovation strategy”.

Dubai is officially the 23rd easiest place to set up a business, according to the World Bank, having worked on issues surrounding funding and renting office space. But what would a measure of success be?

Al Suwaidi admits that the government finds it a struggle to identify an end line. Having achieved one goal a new one comes up, he added, with he and his team always on their toes. However, he constantly comes back to his declaration that small businesses are the main factor of growth, he and the government are merely providing the tools needed to grow.

“The government has said that Dubai has to be a smart city soon. Normally you find the private sector pulling the government forward, but for us it is the opposite. It’s us saying we are so advanced, you cannot be sitting waiting – that for me is interesting and a flip on the normal situation.”

Dubai and its goal of becoming a technology-led centre for innovation and entrepreneurship owes a lot to what has gone on in London and other hubs around the world. It has learnt from what has been done right and what has been done wrong, tailoring policy and development as it has gone on. But as a region which has never found it hard to bankroll new things, perhaps it is time for the rest of the world to stand up and take notice of what is being done in the Gulf.