There’s no doubt about it, our attention span is waning. Just like this article will be kept to a certain limit so your patience is not tested, so too is video becoming more popular for quick access to news, opinion and increasingly sport.

People also like sharing – whether it is on Facebook, Twitter, Instagram or any of the other platforms that pop up each day and command multi-billion dollar valuations. With that in mind, when Grabyo first launched it was a straight up consumer proposition that provided a way for users to grab 20 seconds from television and share via social media.

This was, however, a bit of a “rights nightmare” according to co-founder Gareth Capon. Because of this, Capon and his founding partner Will Neale saw potential for a platform that allowed broadcasters to influence how and when content was distributed.

The duo had plenty of experience and contacts when it came to the media sector, with Capon’s career taking him from Accenture, through BT to his final position before going it alone at BskyB. At Sky, Capon had spent time running mobile apps development and most of the social side of things.

“I could see this emerging trend around the explosion of social video as a mechanism for consumption,” he explained.

“On social platforms people are having conversations, engaging with others as well as events. We saw an opportunity to put video into those, but knew there was a need for it to be there in real time.”

As Capon put it, there is little point in sharing a video of a footballer getting off the team bus when the match has actually finished. That delay makes the social context of the conversation less relevant.

So, what does Grabyo actually do and why has it courted so much recent attention? It’s technology allows broadcasters and content rights holders to create, distribute and ultimately monetise video clips. The back end also provides these same parties with help in extracting value from real-time video.

Growing nicely since the mobile-first platform was unveiled in 2013, the business grabbed headlines at the end of November when it announced a funding deal. The angel funding round might well have passed by unnoticed, where it not for the fact that footballers Thierry Henry, Cesc Fabregas and Robin van Persie got involved. The trio, who were also joined by NBA basketball player Tony Parker, serve as investors and brand ambassadors. With a combined Twitter following approaching 17m, its fair to say the four will be able to spread the Graybo message far and wide.

“We’ve been pretty astounded by demand for services in the last year,” Capon said. “Despite the company being just over a year old, real commercialisation only started in about March.

“We now have more than 30 premium rights holders and have worked with events such as the Brit Awards and organisations including Arsenal and La Liga.”

The reason the business has grown, scaled and got revenue from day one is that it actually had a revenue model, he added. As a new concept, second screen or mobile tended to come at a cost for rights holders and broadcasters, with the return also much harder to determine.

On the funding side of things, Capon told Real Business that for good companies there is a lot of money around. While many may call getting sports stars as backers a PR stunt, Capon sees talent as a key part of the distribution ecosystem for media.

“Talent have reach and following on social media, which is a way to distribute. We’ve seen that with our own video of the investment with the players.”

The amount of time being spent engaging with video content is growing at an alarming rate. Having only launched its own video platform 18 months ago, Facebook has gone from a standing start to a billion videos a day during that period. That video reach is now two thirds the size of internet behemoth YouTube.

Capon revealed that there has been a broad range of understanding and appetite when he and the team have taken the Grabyo concept to broadcasters and content right holders. “Anything new in the tech and video space is like that,” he added.

“It’s true that the US is a bellwether for the market, it’s more developed from a tech and video perspective. Europe is beginning to catch up and the UK was first – they tend to lead and has a big social and video audience.”

The key factor in getting rights holders on board, he says, is to convey the message that the sharing of content is growing faster on platform such as Twitter, Facebook and YouTube than on the apps of content owners themselves. “It’s a recognition that what is changing with mobile and video is happening on third party platforms.”

Backing up that validation, new investor Parker, who plays for the San Antonio Spurs, has said: “The fans are on Facebook, YouTube and Twitter – this is where the engagement is and brands want to be a part of that conversation.”

Recent figures pulled together showed that the majority of digital media consumption is being done through apps. It represents 52 per cent of the time consumers spend on digital media in the US, and 51 per cent in the UK. This, combined with the fact that mobile ad spending is set to have grown by 84.7 per cent in 2014, makes the opportunity clear. Mobile advertising in the UK is up 196 per cent in the last 12 months to £63.9m and has been found to be the fastest-growing digital ad format.

Having started and grown in the UK, and experienced how advanced the US market is, Grabyo is now seeing interest come from Asia and Australia. “Testament to the opportunity”, Capon concluded. 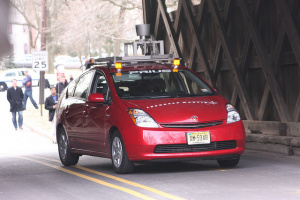