Second-screening and on-demand TV viewing are commonplace trends, which means TV advertising can be considered less impactful than it was in the glory days when the family would sit around the box for an evening.

The online world has risen to become a major player when it comes to securing advertising spend, with banners, native advertising, social media campaigns and more all on offer to compete with TV advertising – which traditionally comes with large costs.

Just look at Facebook for example. Viral sensation Joe Wicks, founder of The Body Coach, told Real Business he experimented with Facebook advertising with a spend of around £50 a day – though campaigns can be launched for a fraction of that price.

According to Charlie Thuillier, co-founder of healthy ice cream brand Oppo, TV advertising is dead. However, the savvy entrepreneur believes it still has its uses, particularly when you can get free advertising – something he managed with an appearance on Dragons’ Den.

Claiming to fuse health with indulgence, Oppo can be found in Waitrose, Budgens, Holland & Barrett, Co-op stores and more, and the slot on Dragons’ Den helped brand exposure.

“TV advertising is dead in its current form, and I think that advertising has moved on to a position where people don’t trust what a brand tells them,” declared Thuillier. “Even now, people are much more dubious with straight up advertising.”

That’s a nod to the rise of online reviews, which offer a transparency that brands can’t escape – even if they are promoting something as all-singing and all-dancing via TV advertising.

He continued: “It’s much more authentic to be more human with what you’re doing – and that’s a necessity of a startup. You don’t want to play big boys at their own game – they’re better at it.

“However, each startup has a million things they can do and that’s where you can surprise them and play your own game. If I had £10m I wouldn’t consider TV advertising, it’s a massive waste of money.”

Thuillier revealed he received numerous calls from Dragons’ Den about applying, and repeatedly insisted he wasn’t interested in pitching, particularly as the business had raised a considerable sum via Seedrs around the time.

However, upon finding out that each Dragons’ Den episode has some four million viewers, Thuillier realised the huge free promotional opportunity that had been presented to him.

“The risk of Dragons’ Den is that you lose control of the edit as BBC wants entertainment. We filmed it in February 2015 and what we wanted was exposure, since in January 2015 we had crowdfunded. In Feb 2016, we finally aired,” he said.

Oppo didn’t achieve funding from the Dragons’s Den investors in the end, but brand awareness rocketed after the TV slot. At the time of the pitch, the brand was in 120 stores and now has a presence in almost 2,000. And in the first four months of this financial year, Oppo turned over more than it did in the last financial year.

“Regardless of what was to happen, we viewed that as a chance and it worked a treat for us,” Thuillier said.

“It was one of the best pitches we ever had – we trended on Google as the 15th most searched topic, and sold out on Ocado. We treated Dragons’ Den as a free 12-minute TV advertising slot – I dread to think what that would cost normally.”

Secret Escapes co-founder and CEO Alex Saint, meanwhile, is an avid fan of TV advertising and even sourced venture capital funding with the sole purpose of getting eyeballs on the business from the beginning.

“We’re also seeing TV pay back in other ways beyond new member acquisition, serving as an important catalyst for boosting existing member engagement and conversion, as well as brand recall and awareness,” he added.

“That success has been pretty phenomenal with millions of members signing up to SecretEscapes.com each year.”

And with that increased member acquisition comes a rise in the number of hotel bookings, which is what the Secret Escapes model revolves around. While the TV advertising agenda started in 2011, it’s still a strong component of the travel company’s quest to make luxury mainstream.

Saint said: “Our advertising has grown as our business and success has, and currently TV accounts for just over half of all our marketing budgets in the UK.”

Elsewhere, online bathroom business Victorian Plumbing has gone down the TV sponsorship route to bring in customers, teaming with Channel 4 on a launch that started on 1 December 2016.

The company’s five and ten-second promotions can be seen attached to property-centric programmes such as A Place in the Sun and Sun, Sea and Selling Houses.

The partnership was struck up in a six-figure deal, proving the expense Thuillier alluded to earlier. It was negotiated with 4 Sales and Mediacom Manchester.

Mark Radcliffe, MD, Victorian Plumbing, said: “We believe this campaign will help us get closer to those house-proud, property-mad consumers that share our affinity for beautiful interiors both at home and abroad.”

The 12-month sponsorship starts ahead of what the company expects will be a big year for growth.

Radcliffe told Real Business the reception to the campaign has been received well, and the flying Victorian Plumbing van has stuck with viewers.

As for why TV advertising was the way forward for the business marketing plan, he added: “It was really a case of the volume that TV advertising can deliver is still unparalleled.

“The business has grown exponentially over the last four to five years, and a huge driver of that has been that we’ve been able to get our brand in front of so many people.

“We are also confident in our targeting. We know who we want to reach, and we know that by using the targeting options available to us in TV advertising that we would be able to deliver our creative right into the homes of the consumers that will respond well to our brand and proposition.  ”

The commitment to a long-term sponsorship comes on the back of the business experimenting with TV campaigns on and off in recent years.

He continued: “Having worked with Mediacom and Channel 4 in the past, a contextual-driven sponsorship seemed like the perfect step forward, and we couldn’t be happier so far, although of course we are now thinking – what next?”

TV advertising appears to be a particularly divisive topic, with some viewing it as far too expensive and others as the only way to get enough reach. However, it appears the only approach that yields any kind of results in the future will be a marketing plan that blends a number of verticals. Difference between marketing and advertising 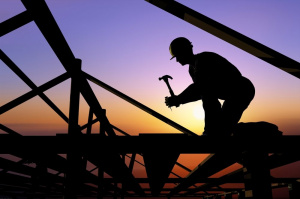 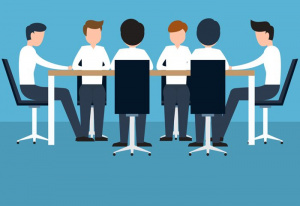