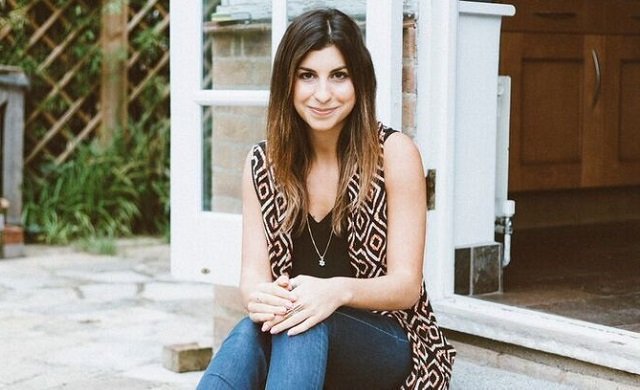 Share via
Even the most groundbreaking business ideas can flounder if you fail to monetise the concept. Angelica Malin, the founder of lifestyle website, About Time, knows this well. She managed to build an online brand straight out of university, that attracted 12,000 users on its first day of operation. Since then, ‘About Time’ has been named one of the top 50 female-founded companies in London. Today, the ‘young boss’ is facing new challenges in the digital landscape, but ever the ambitious entrepreneur, she’s evolving to challenge them. “I’ve never been someone that wanted to work for someone else,” says Malin. “I always wanted to be my own boss, so I went out and started a lifestyle website on a shoestring budget and roped in the services of friends, including a graphic designer mate to help me out.”

“I built the website for £500 then we attracted 12,000 users on the first day the site went live.” Angelica Malin

But what stopped ‘About Time’ from sinking and getting lost in a sea of countless ‘lifestyle blog’ iterations online “The mission was always focused, namely to provide readers with a concise list of things to do in London,” says Malin. “When people type ‘best things to do in London’ into a search engine, they are confronted with long lists, such as ‘the 100 best burgers in London’, the result is overwhelming.” But that was half a decade ago, and as we all know, the digital space, and the way goods and services are “sold” has undergone massive change, (hello, e-commerce and the importance of online brand engagement levels). So what does all this mean for the future of About Time

Staying agile in a shifting landscape

“When we launched, platforms like Instagram weren’t monetised yet,” says Malin. “You had advertorial ‘paid-for’ content as the main source for revenue, but brands weren’t spending money on influencers then, we had brands coming to us.” But now influencers dominate marketing budgets. Which makes justifying the ROI on working with traditional editorial platforms a little harder: “Rather than?going to editorial platforms like ours, brands are increasingly going to influencers or engaging in ‘paid spend’. They are even going to Facebook and spending their own money. But we’re finding new ways to prosper despite these changes,” she adds. One of the new ‘ways’ Malin and co are re-moneting the brand is via the launch of the ‘About Time Academy‘. Which includes a series of talks, workshops and networking events to help entrepreneurs, PRs, and journalists better understand how to sell to each other.

I want to take Malin back to the days before commercial success was inevitable for About Time. Does she have any near-disaster tales?to share with me “A hairy moment was when we were doing the web redesign. We hired someone externally to do it. But it didn’t go to plan, and that was because my brief wasn’t clear enough in the first place,” admits Malin. “What I learned from that experience is the importance of slowing things down when it comes to things like onboarding external people,” says Malin. “Communicating what you want can be a challenging thing. But they are expensive mistakes to make.” What Malin learned was that ultimately, as an SME owner, the buck stopped with her, “I had to learn to write better briefs,” she laughs.

Whilst Malin is young, energetic and successful, she admits that her experiences haven’t been immune from negative self-assessments such as imposter syndrome, (the feeling that you’re inadequate and consequently ‘an imposter’ in your role), “I’ve had wobbly moments,” she says. “I’ve had those self-critical thoughts, such as I can’t lead this team, I’m not good enough.”

“The key is not to avoid those difficult conversations,” she says.

“That’s the unique aspect of running a’small business. It’s a challenge for founders to show their vulnerability to staff. You want to show you’re human, but you don’t want to freak them out either,” she says. “There’s a sweet spot between being vulnerable and being tough.”

Being the boss: Does age matter?

“I knew I had to start the business whilst I was young,” she says. “I couldn’t have done it now at 28, why” Because financially I’m in a much better place now. Back then I was straight out of university with no kids, no mortgage, now I feel more financial pressure.”

“There is something about starting a business young because if you’re in a company too long you freak yourself out about leaving the security of a job.” Angelica Malin

“But in my case, I don’t know any different. Being on the payroll is like a safety blanket. But when you work for yourself, it’s all on you. You have to financially support your staff,” she adds. ” It’s a pressurised life, the one that Malin leads. But evidently, she got the timing just right…