There is a lack of venture capital investment in UK start-ups and returns of UK venture funds achieve lower returns than those of their US counterparts, says a report published today by Nesta.

Nesta’s report “Unchaining Investment: Barriers to US venture investment in UK internet and digital business” examines the factors that influence US funds’ decisions to invest in UK start-ups – with a particular focus on the role that regulation plays in attracting US venture investments to the UK – and possible explanations for the performance gap in the UK venture capital market.

It builds on Nesta’s previous publication “Atlantic Drift” published in 2010, which showed that the gap in performance was very large in the 1990s but had narrowed by the 2000s. The evidence presented today shows that it is starting to grow again.

Nesta’s new report highlights a number of reasons for this gap in performance and attracting venture capital investment. One is the role of exit markets: it appears that the slower, less profitable UK exits may be both driving down performance of UK funds, and persuading the best UK companies to incorporate in the US to take advantage of more favourable Initial Public Offering markets.

The wider environment for start-ups including regulation, access to advice and information and the culture are other possible explanations for the performance gap. However, those interviewed felt that regulation alone is unlikely to prevent investment in a company. The report acknowledges that US returns have started to improve in the last few years which partially explains the widening of the gap.

Evidence goes on to suggest that there are sectorial and locational differences, and that both countries have good and poor fund performers. London seems to be creating momentum as a start-up location, and both US and UK investors are generally positive about its future growth prospects. For example the introduction of The Entrepreneur’s Visa and Seed Enterprise Investment Scheme were both welcomed by investors.

Louise Marston, director of innovation and economic growth, Nesta, said: “Although performance has improved in recent years in both countries, average UK VC fund performance is four points below the US average. Yet VC funding is vital to innovation. Although it forms a small part of the market for business finance, it helps firms to invest more, grow more quickly, exit and bring radical innovations to market faster.

“In this research, we have taken a snapshot of UK and US investor views on attracting US venture capital funds to invest in the UK, and barriers that regulation might pose. Exit markets and immigration regulation stood out as areas of concern, but there are concerns in other areas too. There are still questions about how the UK can create a wider environment for start-ups that supports their growth.” 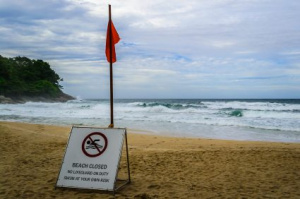 Sink or swim in an ocean of data 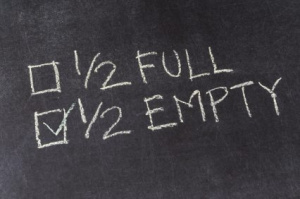 SMEs are more reluctant to apply for finance than ever