During the recession, many businesses struggled and employers may now be dealing with the legacy of promises they made to their staff in return for their flexibility and co-operation in those harder times.

Employers may have had to reduce working hours or cut salaries to avoid making redundancies, delay pay rises and even defer employees pay. In an attempt to get agreement to this and retain or motivate staff, some business owners may have found themselves making verbal promises in respect of benefits that staff could expect to receive once the tougher times were over and for many firms that time is now or just around the corner.

What if, despite the recent economic green shoots, business has not picked up for a particular business? Or there is the potential for dispute about whether there was a promise to employees of something in return, especially if nothing was put in writing or the written promise was unclear?

Well the first thing is that promises, even verbal ones, can be legally binding as long as the promise was clear enough, there was intention to be bound and the employees provided “consideration”, that is something in return.

The Court of Appeal decision in Dresdner Kleinwort Ltd v Attrill last year highlights that employers will have to honour any commitment which meets all three requirements, even if they have not been made in writing, were not given to any particular employee and were even uncertain to a degree as to what each employee would get out of it.

In 2008, at the height of the banking crisis Dresdner Kleinwort announced a “guaranteed minimum bonus pool” of €400m, to a defined group of participants. All they had to do to earn their share (which was in DK’s discretion) was to stay put with DK, amid a swirl of rumours that it was going bust fast.

DK was saved by Commerzbank, which used money from the German Government to take it over. Commerzbank then tried to avoid paying out on the bonus pool, probably driven by concern that, but for the takeover using the German taxpayers’ money, none of the employees would have seen a red cent of the bonus as DK went bust. Subsequently there was a great deal of argument in court.

The key reasoning for the employees winning was:

And generally the judges gave short shrift to the Bank’s technical arguments as to why they should not have to pay up.

The lesson to be drawn from all this is that the law is going to give the benefit of any doubt in this area to employees, not their employers. So businesses have to expect their words will be taken very seriously in such circumstances.

So statements made by a business owner to employees in the context of him seeking to reduce the wage bill while avoiding or minimizing redundancies are highly likely to be enforceable and the courts will probably strain to find a way of making them work. So even fairly vague promises of say paying back the employees for the pay cuts with interest when the good times return might be enforceable legally.

Businesses which don’t live up to any promises they made have made to the employee don’t just risk those employees quitting in disgust and taking their skill and experience with them; they also risk their employees taking successful legal action against them.

And as those claims may well come via the small claims procedure in the County Court, which will be much cheaper for employees than using the Employment Tribunal, the chilling effect of the high fees in Tribunal won’t apply. Further, because the employer could well be in breach of contract, that could well invalidate any non-solicitation or non-competition clauses in employment contracts.

For many businesses it may be too late to back track, but for others the Attrill decision is a warning that even fairly vague promises to employees in this context could well be legally binding and enforceable. So these things need very careful written documentation so everyone knows exactly where they stand.

Simon Jeffreys is a solicitor at Adams & Remers LLP. 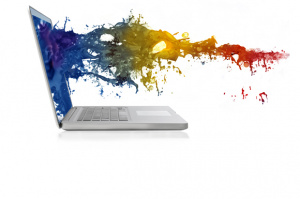 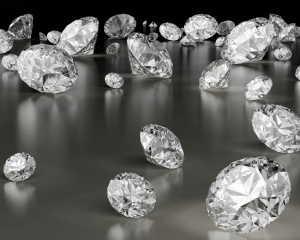