You’ve probably been in the situation before where you’ve cursed a journey and claimed you could do a better job. Clive Jackson did just that and ended up launching Victor.

With a holiday home in Mallorca, his fun in the sun was about to be compromised back in 2009 when he was told the service that took him there was going to be cancelled.

He nabbed a handful of business cards from fellow passengers who he had become familiar with travelling to and from Heathrow 18 times a year – a month later had 120 people register as interested parties, and in 2011 he launched private jet service Victor.

We picked up Jackson from the company’s office in Sloane Avenue, which holds about 100 staff across Victor and his other business, automotive digital services provider Autotorq.

It turns out that the Victor hub of the old European headquarters of private jet fleet NetJets, while it also showcases just how well connected he is.

“We’ve had just over a year at that office – we were very fortunate. It’s the former HQ of NetJets Europe, and they’ve been downsizing so we had it at an unbelievable rate on a relatively short lease,” he said.

“It transpired I knew the landlord. He who happens to be a member of Victor, so that helped when it came to the really delicate negotiation about how much we should pay and how long the lease should be.

“We ended up meeting face to face and it turns out I knew him 20 years ago, so I got a good deal.” 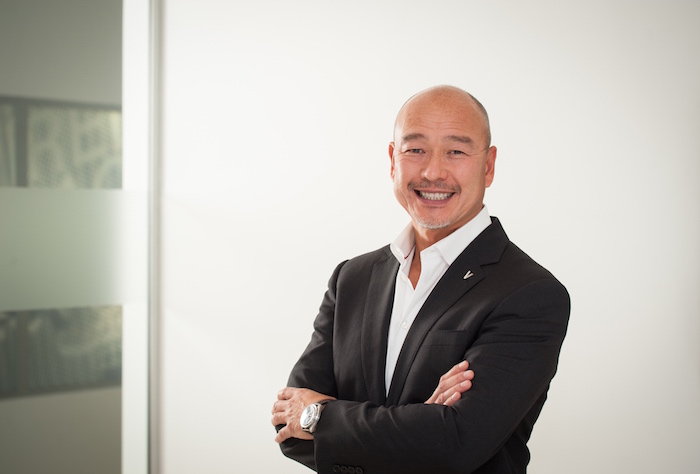 Jackson’s network has been built up over the years as worked across various sectors, most of which involved digital, tapping into leisure, tech and media. He’s collaborated with the likes of the Financial Times, ITN, Tango and Jaguar, serving their various needs with an agency.

He was even made responsible for helping Porsche market the Boxster in the UK, a mission accomplished despite the luxury car company keeping a tight grip on the marketing spend.

Find out what Jackson had to say during the Black Cab Entrepreneurs video Q&A:

“I just love fixing problems; preferably problems people just can’t do. Victor is a really great example of that. I wanted to bring to the world digital inter-private jet chartering – no one had really done that before,” said the Victor CEO.

“There were brokers, but none of them really had websites, apart from one or two with rudimentary ones, but I wanted to build the full nine yards with online transactions the whole way through and prove I could disrupt that industry.

“Today we are the number one digital online brand. There’s PrivateFly which came out before me, I’m three times the size in half the time. That says we’re good at disrupting, acquiring and converting customers.

“One day I wanted to chase NetJets, that’s no longer on my agenda. I’m in their former HQ and every single NetJet senior executive knows who I am and what Victor does. This year we’ll probably do just shy of $100m in turnover and it’ll be our sixth year. It’s about having that can-do attitude.”

With such a fierce determination to conquer the market, Jackson said it’s important to consider the blend of staff and that they ultimately want to be there. The team is now spread across three locations with London, New York and Los Angeles, but the goal is to double that presence by the end of the year.

“Today Victor is a million miles away from what it was when we first got started and probably has the most sophisticated back end system in our industry,” he claimed.

With 945 per cent growth over the past four years, Jackson highlighted that while PR and Google rankings are great, money is what counts.

“It’s about show me the money and hopefully global domination. And those that don’t want to talk money aren’t doing much,” he said. “If we can attract the right capital, we can make it, making it fun along the way.”