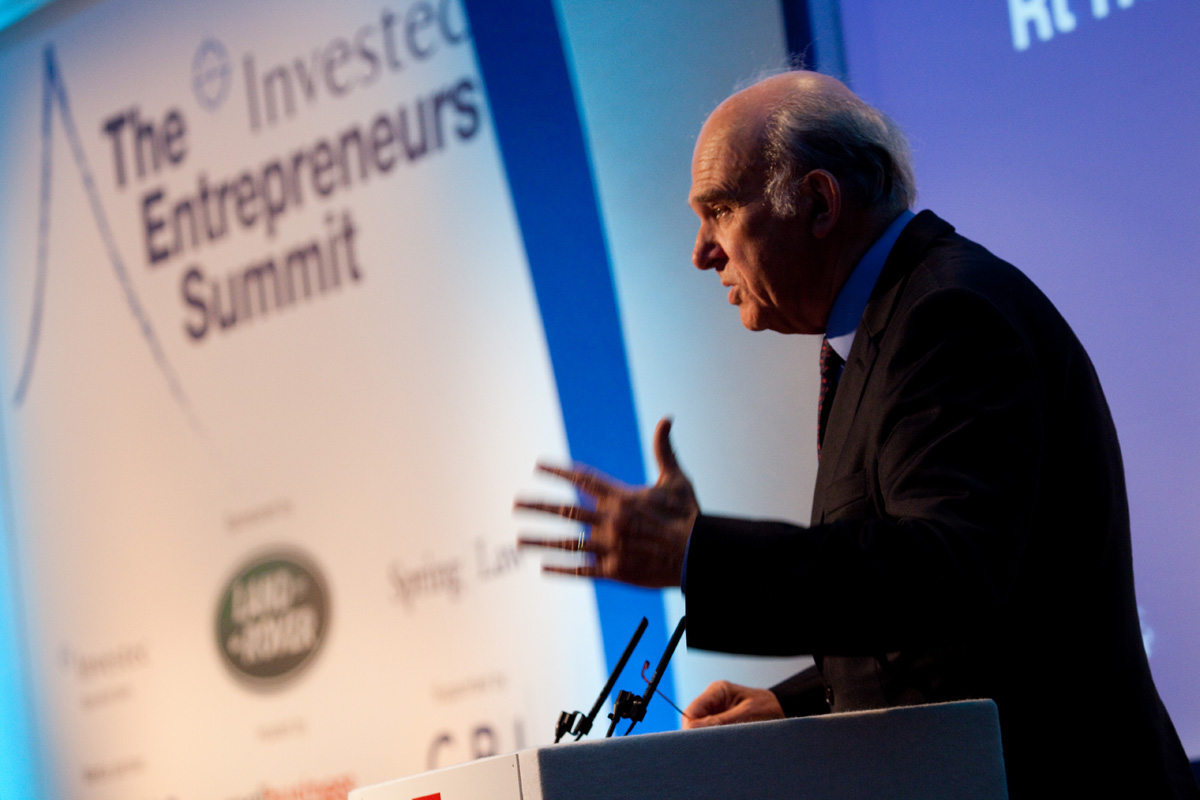 Speaking at the Investec Entrepreneurs’ Summit hosted by?Real Business, Cable said that Italy is in an entirely different situation to Spain, with a long-standing sovereign debt problem but one that is for the most part internally funded.? ?Their basic budget balance is roughly sound, they don’t have a huge deficit so aren’t in the position we are in, where we have to go to creditors to keep the annual budget funded,? he said.? His comments came ahead of a ?4.5bn Italian bond sale today, with ?3bn worth of three-year paper yielding a worrying 5.3 per cent, the highest level since December. The same bonds were sold with a 3.91 per cent yield just one month ago.?The nation’s ?1.5bn seven- and eight-year bonds were sold at 6.1 and 6.13 per cent respectively, tipping over the all-important six per cent mark, a threshold over which long-term borrowing is seen as unsustainable. The high cost of borrowing is thought to have stemmed from Spain’s recent woes, which led to its government pleading for a ?100bn bailout on Saturday to shore up a banking system left in disarray from over-lending to the real estate market.? ?With Spain, the way it was done ? which was effectively a transfer away from their banking system to their government ? probably wasn’t very helpful because it simply turns bank risk into sovereign risk, and the markets pick that up straight away. The mechanism wasn’t the best one.?Nonetheless, the position in Spain has been stabilised for the moment and let’s hope it stays that way,? he said.? Ratings agency Moody’s downgraded Spain’s sovereign debt to one notch above “junk status” on Tuesday after the bailout request, proving the unintended damage that financial aid packages can wreak. Early trading in Spain’s ten-year bonds today represented yields of 6.96 per cent, a peak not seen since the country joined the euro in 1999.?Cable highlighted that Italy should be in a better position to weather the ongoing eurozone crisis than Spain, given the quality of the government that usurped Silvio Berlusconi in November.? ?Monti is very, very smart and knows absolutely what needs to be done to reform Italy. They have the advantage of a very strong entrepreneurial culture in the north. Italy actually has a lot going for it and I’m reasonably comfortable that the Monti government will be able to manage the crisis.” The UK business secretary also took the wind out of speculation that Italy and Spain may be stripped of their eurozone membership, saying ?nobody seriously believes that?.?