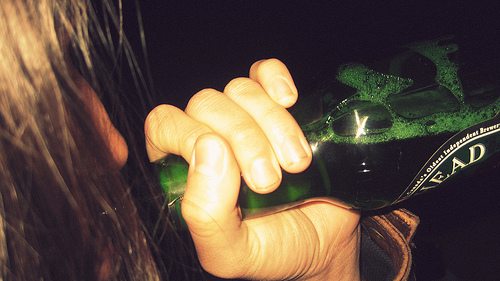 “One afternoon, I was sitting exactly where I am standing now quietly listening to a debate. I got a vibration on my mobile and there was a message from his housemaster at school which said, ‘Sad news, I am afraid. Charlie has been found in possession of a forged proof-of-age card’. I got very concerned about that; I knew that his mother would be very concerned about that.  “On further inquiry, I found that every child who has the nous to do it has a forged proof-of-age card. They get them off the internet. His fault was not the fact that he had a proof-of-age card, it was the fact that he was caught. The message further said to me, ‘We decided to go to look at his locker, where we found that he had a store of Strongbow cider’.  “He was not drinking the cider, he was trading it, which I think was a good point; he is obviously a budding entrepreneur, so his rather patchy academic life may not be so important as he is showing some skills not only in drawing and painting, which is his main forte, but in dealings.  “So I have great hopes for him, but not much hope for the proof-of-age card.” As they say, entrepreneurs are born, not made. Image source